Raptor Migration Is On

Spring is right around the corner and that means the Raptors are beginning to come through the Pembina Valley.
It starts slowly but the momentum builds up.So far the numbers are low and that is to be expected.
The pictures I am sharing today were taken during last years Raptor Migration.

I apologize if some of these pictures have been seen on my blog before.
Nothing is quite as thrilling as to to see a mature Bald Eagle flying in a perfect blue sky.A lot of different raptors come through each year during migration,but undoubtedly the Bald Eagle draws the most comments and smiles.

Of course when both a Red-tailed Hawk and an immature Bald Eagle show up that is a special treat. It is not often that a scene like this presents itself,so when I can capture it with my camera that is even more special.


Let's get up close and personal with an immature Bald Eagle.
This one was interested in me and kept on coming lower and closer with each circle.I loved the moment and the only thing better would have been a mature Bald Eagle,but I am not complaining about this photo opportunity.

We don't just have raptors at the valley.I took the time to photograph this Eastern Bluebird during Raptor Migration.
Bluebirds nest in this valley,in the nest boxes provided for them. 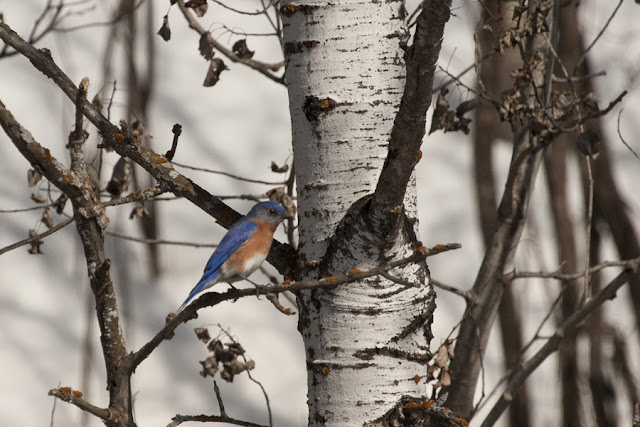 I am pumped and ready to be a part of this years migration spectacle.
I just finished doing another presentation for A Rocha,and spoke about the migration and shared many pictures of it.
Hopefully in a few weeks I can share images from the 2012 migration.
Designed for you by Ruth Hiebert at 2:01:00 PM