On the same day that I visited the International Peace Gardens,I also had a chance to see the Souris Swinging Bridge.It was about a 40 mile detour,but in the end was well worth it.
I wasn't sure that I really wanted to walk across this bridge so I went rather apprehensively.


This is the bridge which is for vehicle traffic.The river is fairly wide and at certain seasons of the year can be quite high. 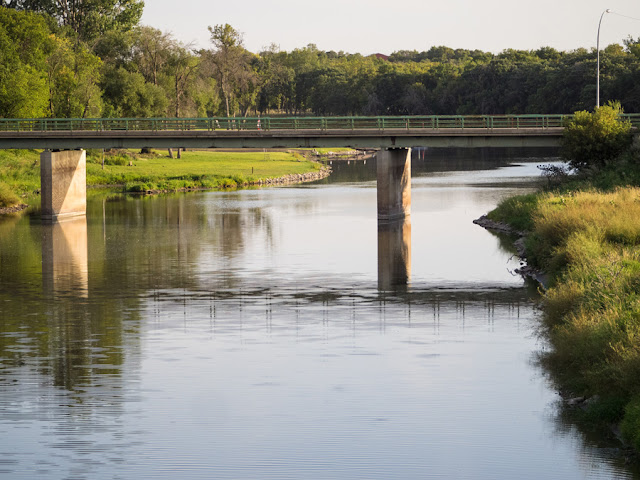 Here is a short piece of the original bridge.Let me just go on record, saying that I would not have set foot on that bridge. 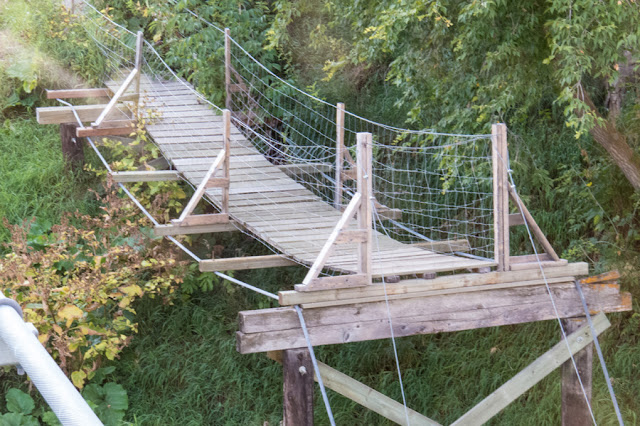 Before I walked across the bridge,I had to make sure it was safe. 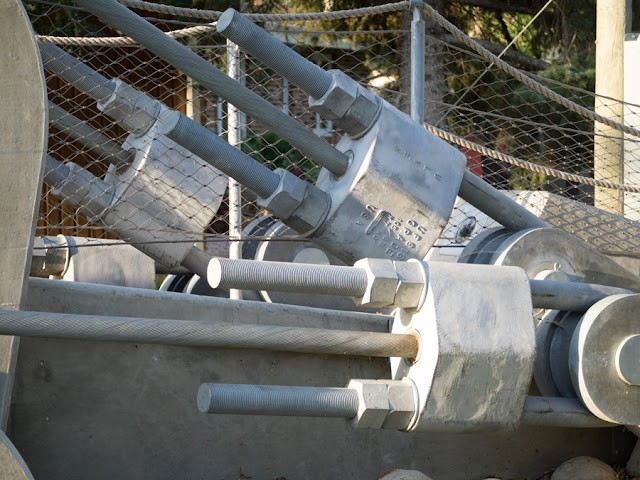 After seeing those heavy duty bolts and cables,I felt very confident that it was safe, indeed. 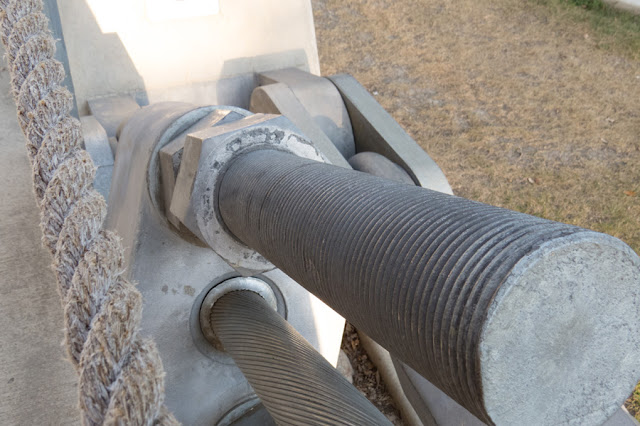 The bridge is strong and also a beautiful structure. 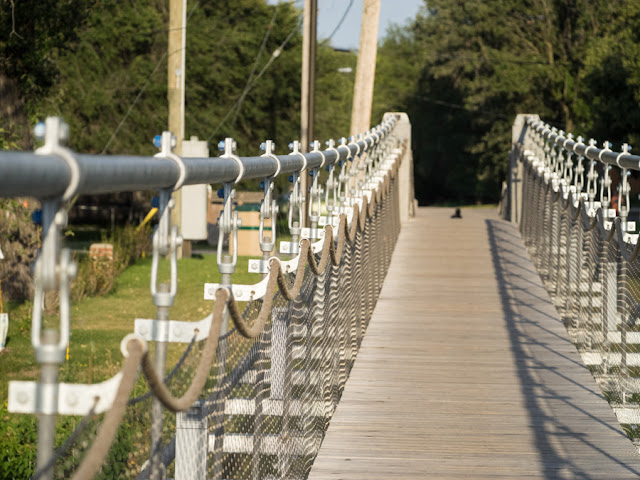 I love the lines and patterns in this structure. 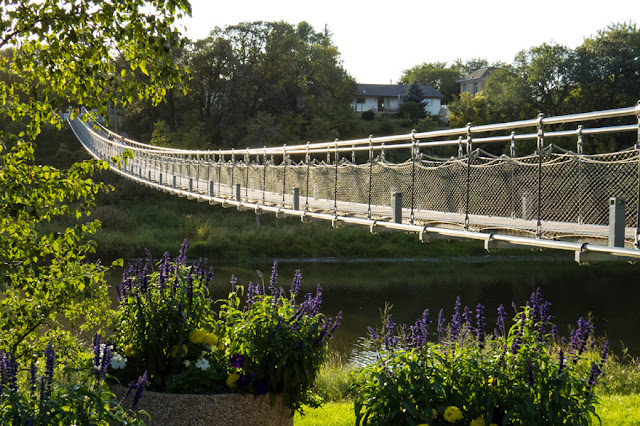 As the sun was setting, the lights along the bridge came on.Even though it was not fully dark, it just added to the beauty of the bridge. 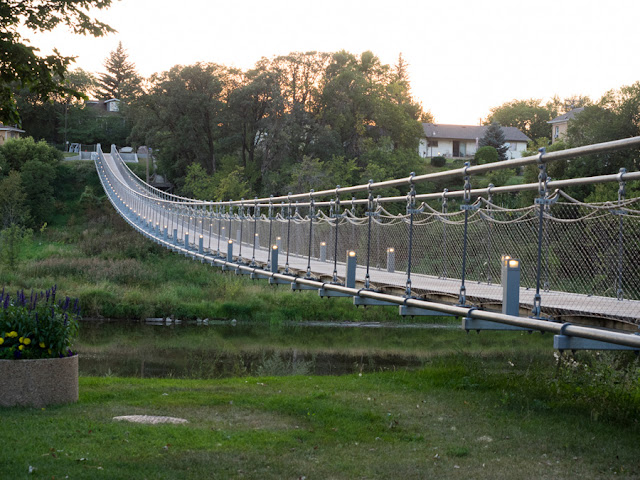 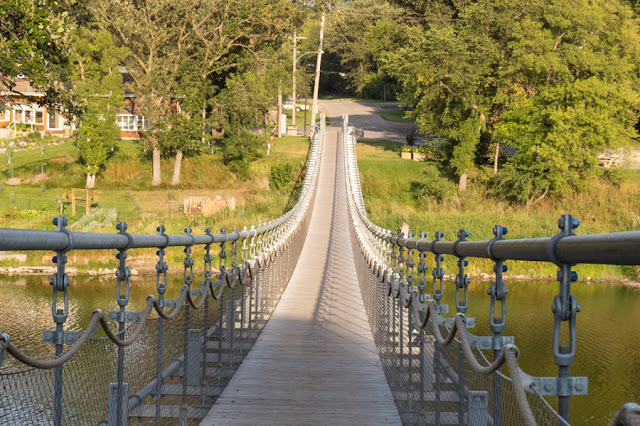 This bridge has been rebuilt several times, because flood waters had damaged it.
The town of Souris Manitoba is relatively small,with a population somewhere around 2000 people.This bridge is a major attraction to this area.
The following is a quote from the Souris website.
Re-built in 2013, with a price tag of $4.5 million, the new bridge is reflective of the original design, but  with long term durability in mind, the Swinging Bridge remains our town’s most famous landmark.  Bridging  the river for 110 years, and still standing to do the same for the century ahead. 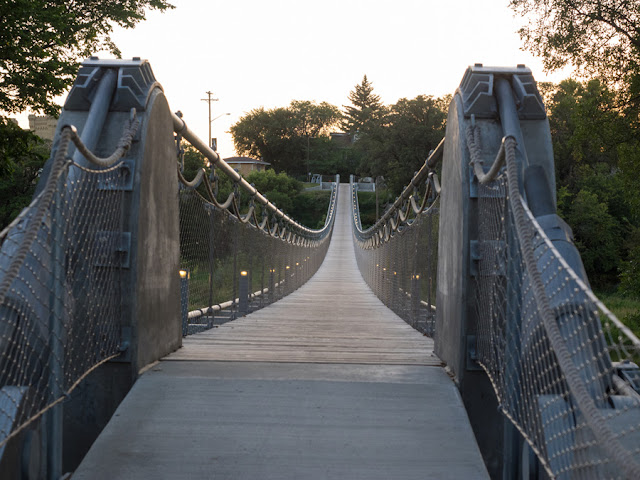 One final picture.I love the lines in this shot. 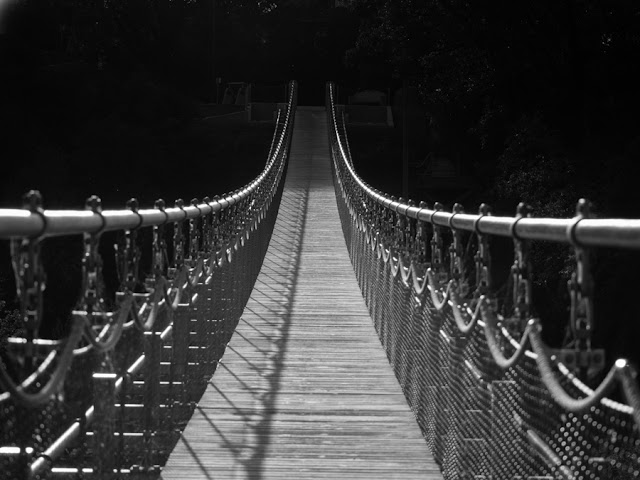 Closing Thought:
A problem is a chance for you to do your best.