On September 17,my sister Becky and I took a drive to Pelican Lake,which is about 1½ hours west of Morden. This is a fairly large lake at about 1 mile wide and 11 miles long. I had hoped for more fall colours,but in the end I was not disappointed. Come along and see what we found.

There was some color in the bushes. 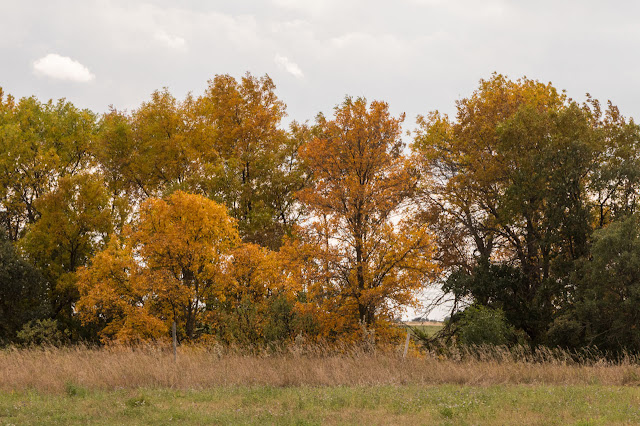 We drove to first one side of the lake and then around to the other side.I thought this was quite pretty.

When we returned to the west side of the lake I was surprised to see a great Blue Heron right at the edge of the water.I was sure he would take off immediately,so I snapped a few shots from the car. I parked the car and slowly walked toward him.I know that many of you know that I have often said that I never get a good shot of one of these guys. I couldn't believe that he wasn't flying away. 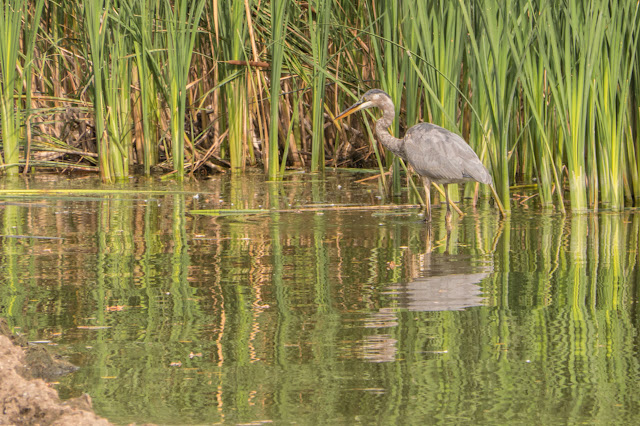 I would take a few steps, fire a couple of shots and take a few more steps closer.The Heron was so intent on his fishing that, even though he knew I was there, he didn't care. This picture has not been cropped, so you know I was fairly close by now. 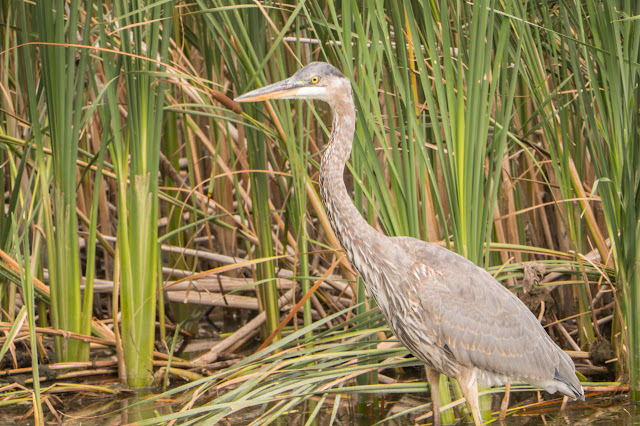 Finally,I guess he had enough of me and flew away, calling as he went.I kept on shooting. At this point,I think I was smiling from ear to ear.These are, no doubt, the best Great Blue Heron photos I have ever gotten. 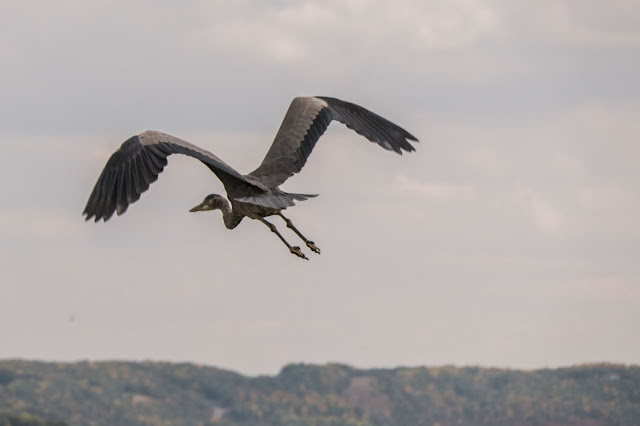 Oh yes, just to prove I was at the lake,I have to show at least one lake scene. 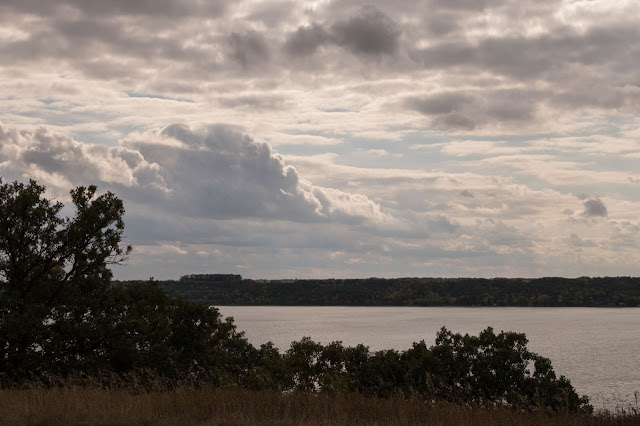 The drive home was not uneventful either. We saw a field with many Snow and Blue Geese on it.I stopped the car as quickly as possible,backed up and jumped out of the car, ready to start shooting.

The next three photos are what I fully expected to see.An explosion of wings. 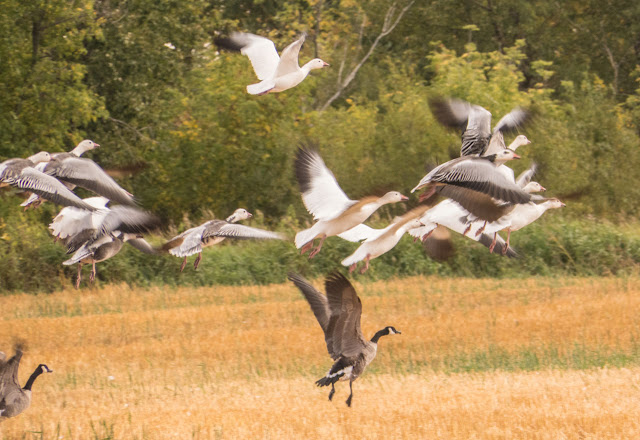 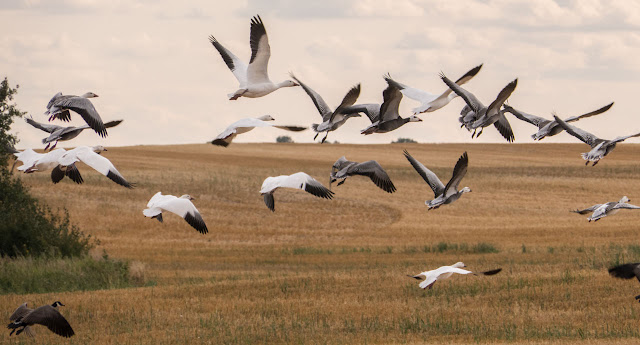 I end this post with the tail ends of these geese as they leave the area.

Hummingbirds,beetles or birds.
The Glory of God might be where you least expect it.
Designed for you by Ruth Hiebert at 2:40:00 PM