Split and Stack in the Valley

This is a slightly different post than what I usually do.On October 21st,I had the privilege of attending a unique event near me. The Pembina Valley Bible Camp had organized a Split and Stack.
The idea was to get teams of seven able bodied men with log splitters and chain saws to split and stack all the wood that the camp needs for heating through the winter.

My church had enough men volunteer to make up two teams.Families came along to watch and cheer on the workers.This young girl had fun playing in the soft sand. Here she seems to be taking a break to reflect of something.Note the area in front of her. In the last picture you will see this same area filled with split and stacked wood, ready for burning in winter. 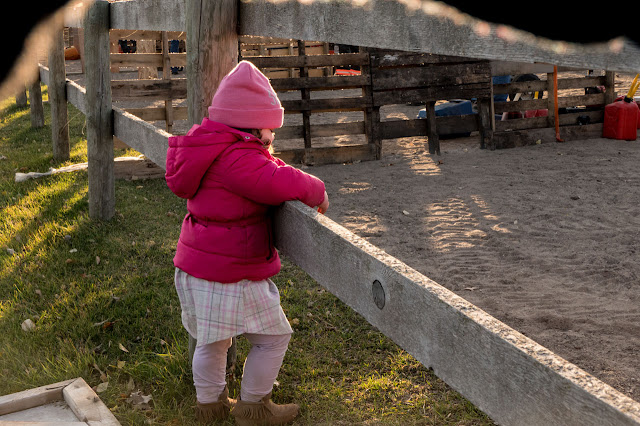 This was the group of men from church, ready to get to work.We had both our lead Pastor and the youth Pastor working hard.It was good to see younger and more mature men working side by side.

Here are their tools of the trade and in the background the long rows of wood that need to be cut into manageable sizes. 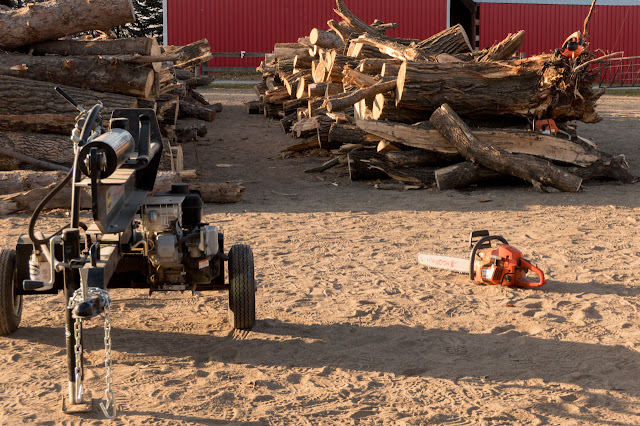 And the hard work begins.It was a competition to see which of the teams could split the most wood in a given time,so there was no idle time. 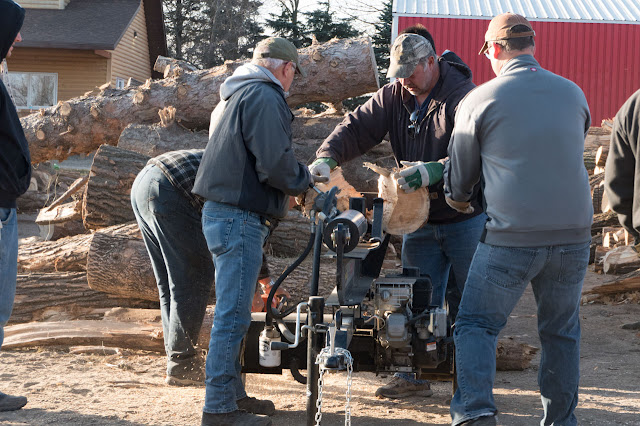 Yes,what you see in the air is saw dust.I don't know the exact number but I believe there were more than ten teams, stationed around what is normally used as a riding arena.It was noisy and dirty, but mostly a lot of fun. 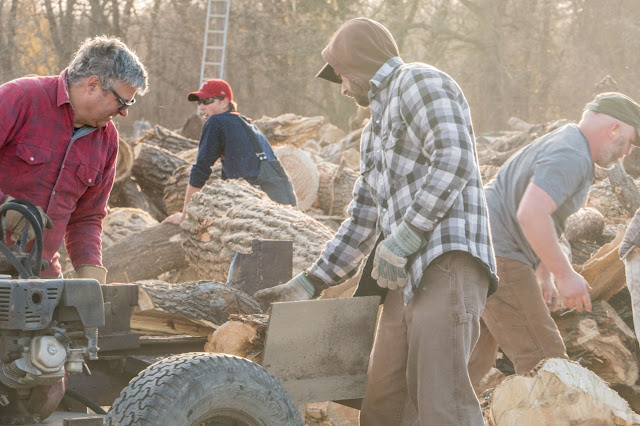 Here you can see the finished product. The young man sitting on the huge stump was underage(the rules said no one under 16 years could be involved) so was not allowed to help. The camp organizers did a good job of keeping everyone safe and also providing for their needs.A variety of homemade cookies were served during a coffee break.
After the wood was cut,everyone there, including those who only watched, were served a delicious homemade meal and some prizes were handed out. 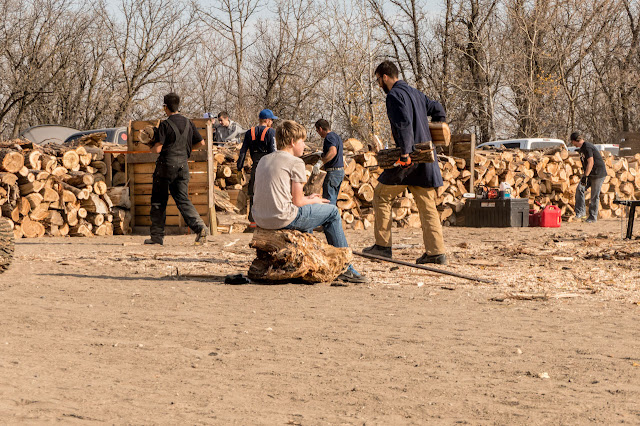 By the end of the day,I am sure there were some sore muscles, but also a good feeling in the heart, knowing that they had contributed to a good cause.

I was thankful that I had been able to witness all this activity and capture some of it with my camera.

Wow - that's awesome teamwork and you captured it beautifully! What a story for the history books of the Camp! Blessings to everyone!

They did such a good job! And happily, too. Most are smiling. Having a competition is such a good way to make it fun.

What a great way to spend a day! A lot of hard work and sore bodies, but happy hearts and minds at the end of the day. Job well done.

Thanks for sharing ~ FlowerLady

This reminded me of the way Amish come together to accomplish a big job. These guys worked hard, but the hard work was accompanied by a spirit of benevolence and fellowship. Well done, guys!

Many hands make light work. Reminds me of the Amish too.

This looks like a wonderful -- and fun -- event. It was neat that your church was able to help out so much.

glad they all work well together. i love the pink. as a kid i don't think i ever wore pick. maybe when mom did dress me. but not when i was in charge of picking things. now that i am adult age ... i appreciate it more. happy week. any more snow? i love asking u that 'cause u r one friend who seems to get to leave in my snowy dream. do you know they are calling for warmer temps again. i wish we could just stay one temp and not this flipping back and forth that really messes with your system. ( ;

Teamwork for a cause---that's a good thing. The RG would love this kind of challenge.

What a great thing for those men to do. They sure did a great job and like you said it was nice to see the young and older men working together.

this is just amazing and what a super duper idea. a contest to get the wood ready. wow. good deeds, fun and food. I am glad you shared this with us. we need to see more good things that people do for others.

A good cause indeed. And I love the little girl you captured....she really is thinking deeply about something!!

Thanks for sharing.
Hugs,
Betsy

Those guys are doing a great work, but it was a fun competition and guys love to compete! And then to know that a nice meal awaited them at the end that was much appreciated after all that hard work. Great story...thanks for sharing!

A great job done well and it looks like they got a good day of rthe job in hand.Love thephoto of the littlee grl Ruth.

Such a wonderful undertaking for all involved. It is always interesting how everyone can work together so well for a good cause. Glad you were a part,even as a spectator, of such a good cause.

How wonderful to see so many men working together and having a great time and for such a great cause! I enjoyed seeing all of your pictures, working with wood is very familiar to me as well, and I know just how much work it is and how tired you are at the end of the day!

i love the first image, very sweet!! a great project, a lot of hard work and team work, gets the job done!!!