Looking through old photos can be a fascinating pastime, but as  blogger, it can result in blogs going back in time.I recently looked back to old photos taken years ago.I may have shared some of these but I also have newer friends who may not have seen them.
Let me set the stage for this post.During the winter of 1996-97,the forecasters were saying that with the amounts of snow we had, there would be no flooding in southern Manitoba that spring.Well,those words were spoken too soon.On April 4,1997,with Crocuses already blooming and the grass coming back to life, we started getting some snow.It snowed all night and then then more the next day.Now all this loose snow and then the winds picked up.We quickly were in ,what has been called the snowstorm of the century. During this storm we got about 20 inches of snow, combined with strong winds. For a few days we were not going anywhere.The following pictures, were taken once the streets had been partially opened.

This is our yard, after the storm. Note the layer of snow on the roof. 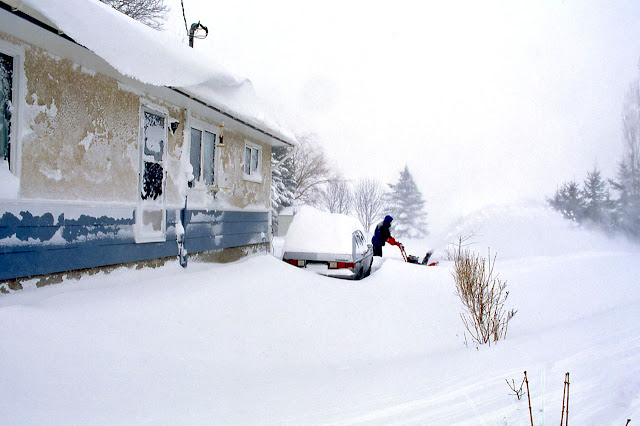 Looking south of my house along the street.Cars that had been left on the street were almost buried. 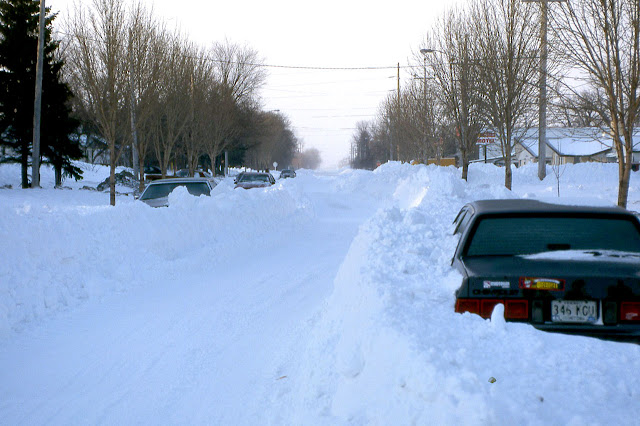 This is from my house looking west along the street. 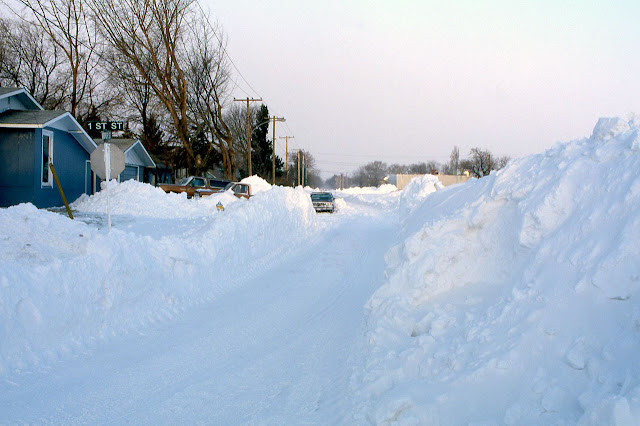 I said the streets were partially opened, this is what I mean.One lane traffic only. 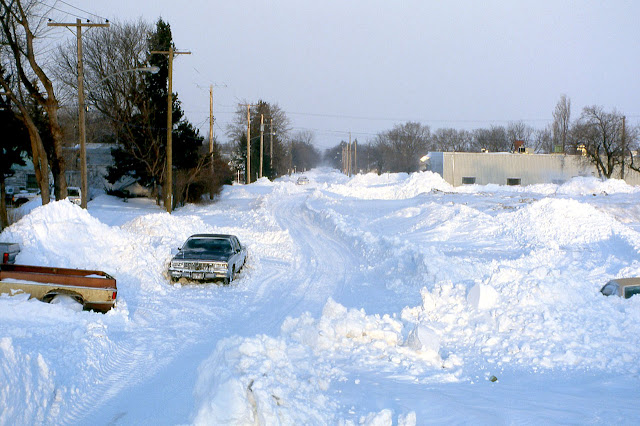 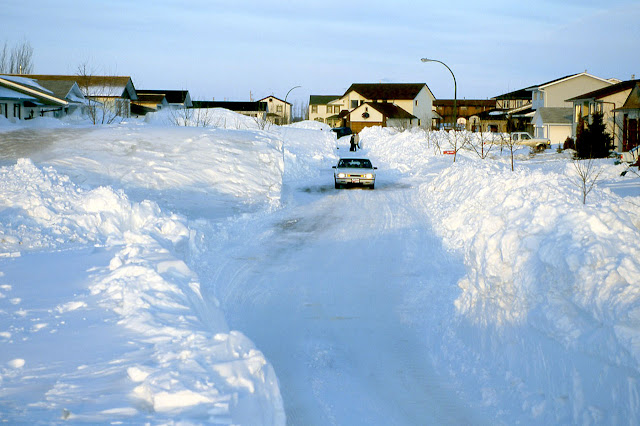 It was amazing to drive around and see the huge snow banks everywhere. All this snow melted, and that happened rather quickly, seeing it was already April.This quickly led to the flood of the century in some areas of Manitoba and even North Dakota. 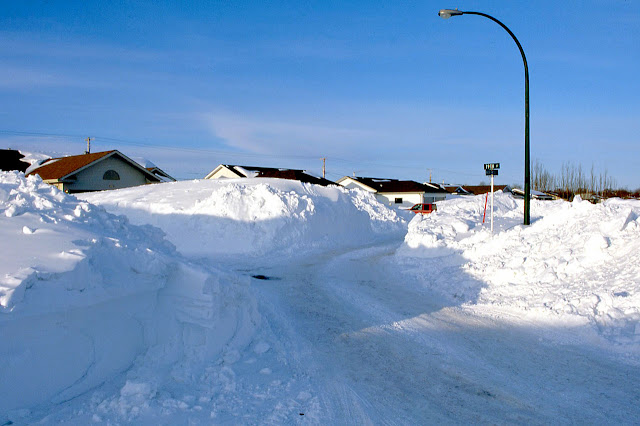 It is fun to look back at these images, but I am OK if we don't get another storm like that any time soon.

Closing Thought:
The God who created the universe (and the snow) is the God who loves you.