A Little Stinker and More

We are so close to the official start of spring, but,I still have some winter pictures to share so bear with me. During the last month or so,I have noticed some water on the Pembina River.It is frozen over, but somehow some water has come up above the ice.If nothing else, it gives a nice look to the otherwise frozen river. 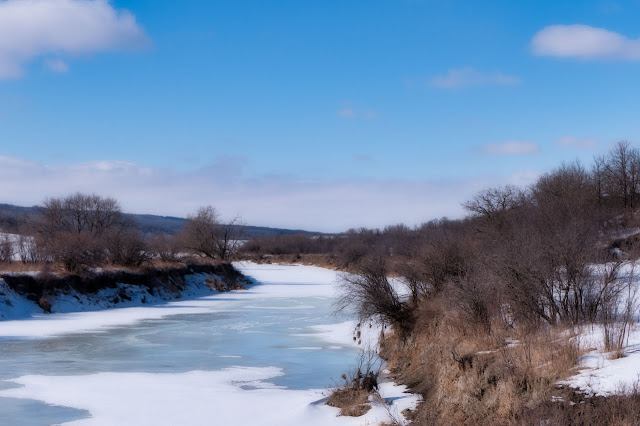 In my travels around the countryside,I noticed these horses. The late afternoon sun was shining on them. I think they were enjoying the warmth of the sunshine.The centre animal looks mule like to me. 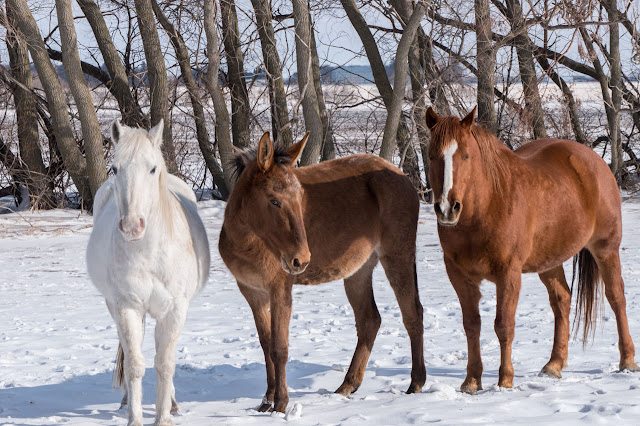 When all else fails, look toward the sky.These clouds created interest on a cold day. 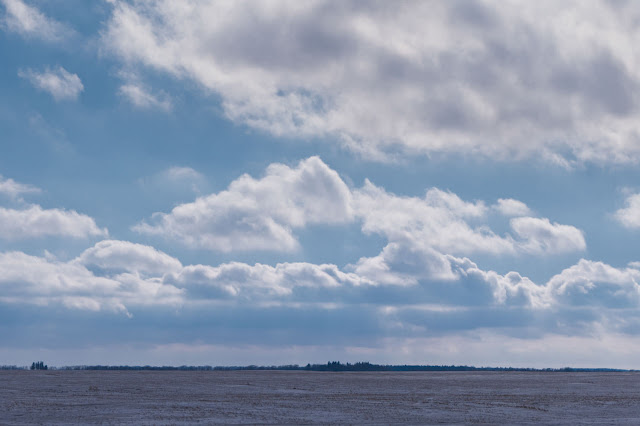 One lone tree on a field, and with a few clouds as a backdrop, it too makes a good picture. 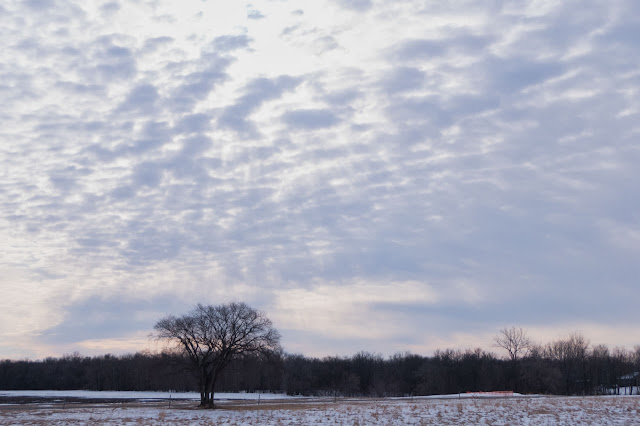 I guess I was set on getting tree and cloud scenes on that day. 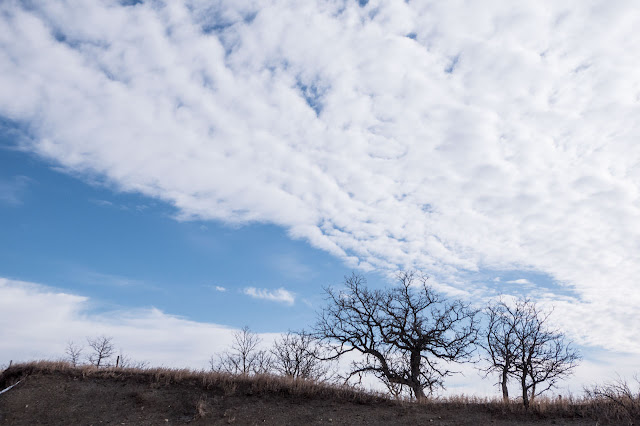 Fast forward to March 5,and we got a fresh layer of snow to make my world picture perfect. 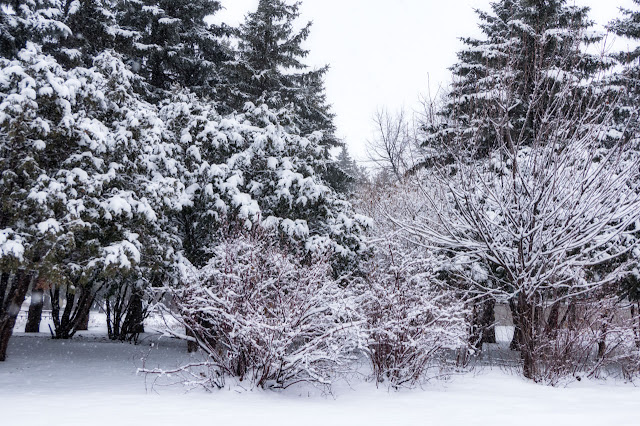 You can see that it was snowing quite hard, but I think there was also some fog with the snow. Either way,I liked how this scene looked on that day. 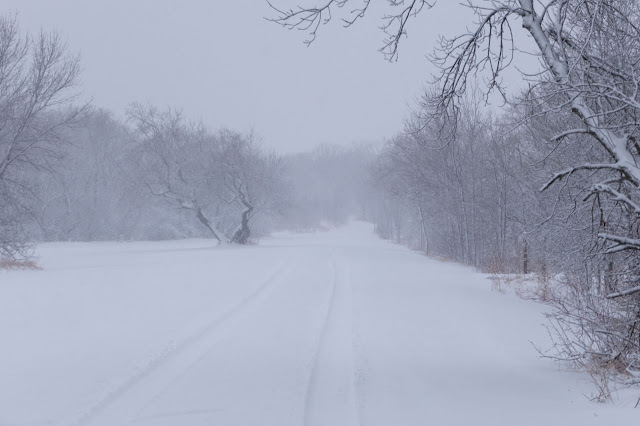 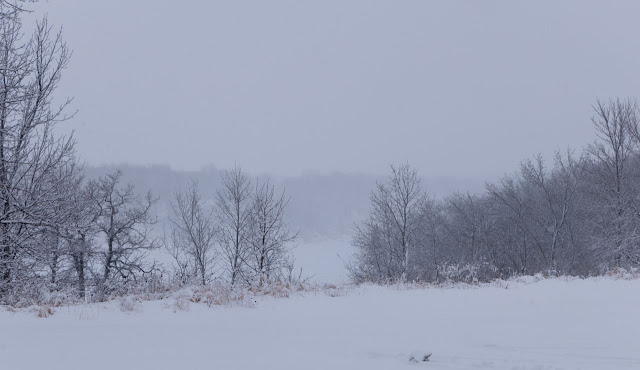 I never know just what I will see as I'm on the road. I was not expecting this 'friend' to be out and about already.The Skunks hibernate and since it was not all that warm,I thought he might still be asleep. I did not want to startle this guy so I just allowed him to slowly wander along. 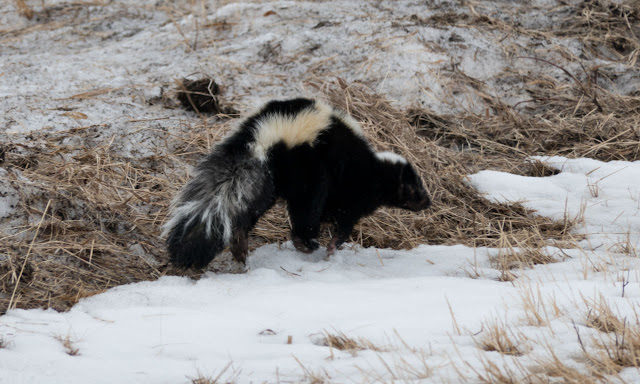 I think that at some point he was tired of this vehicle behind him, so he stopped, turned around as if to say, OK,take your picture already and let me be. I did just that and thanked him as I drove away. 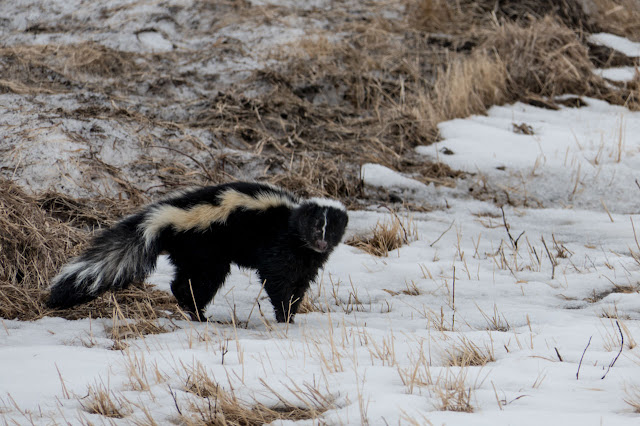 Although this skunk did not spread his 'aroma',we do well to think on the following
Closing Thought:
We are the aroma of Christ,spreading His fragrance.
Designed for you by Ruth Hiebert at 6:16:00 PM