A while back my sister and I took a drive to Pelican Lake, which is about an hour and a half drive west of Morden. Since it was still early spring the colors are fairly  muted, except for the blue of the sky.

This is a little bridge going nowhere, at least that's what it looks like to me, but it makes for good pictures. 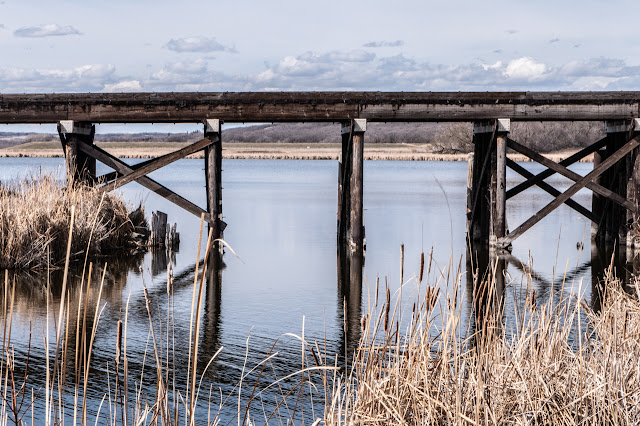 I took this photo because of the reflections. When there is not much else to see, you look for every opportunity to get a picture. 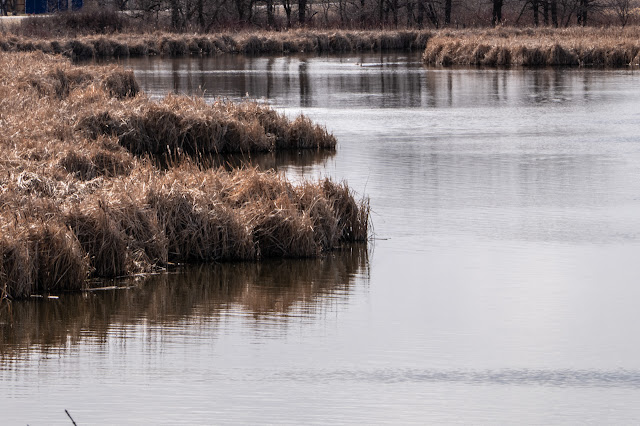 Here is the same bridge as the first one, but from the other side. It must have been a railroad trestle at one time, but there are no tracks left by now. 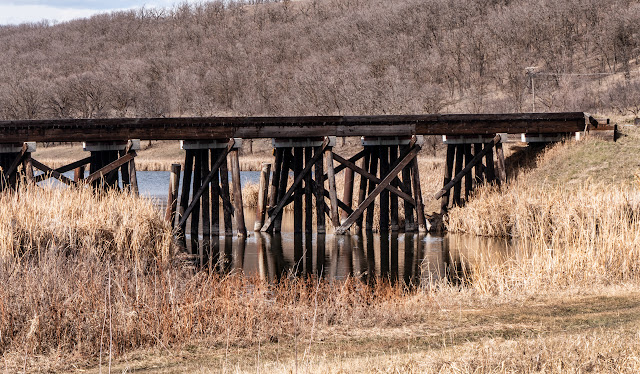 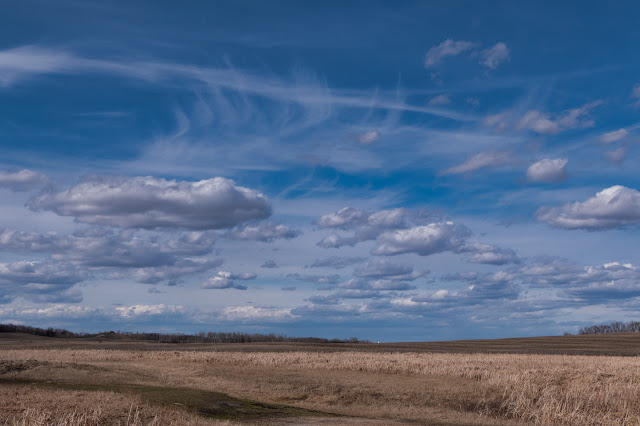 Seeing a lone Elk in Manitoba is rare, but to see this herd was quite unusual. I'm still wondering if someone nearby raises these animals and they got out of there enclosure. Whatever the case may be, it was a surprise and a treat to see these. Notice that there are even some antlers in the herd. 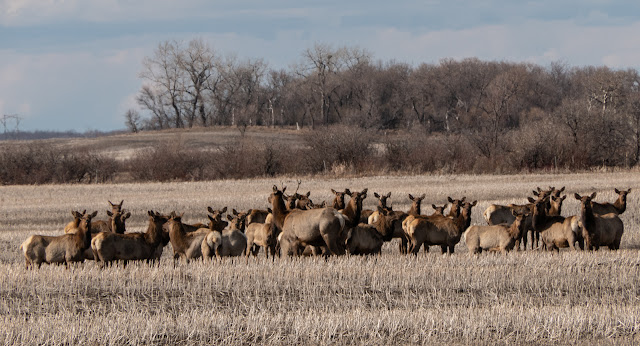 Something To Think About:
It doesn’t have to be perfect to be good.
Melissa Brady
Designed for you by Ruth Hiebert at 4:20:00 PM