A Buss Driver? Me? Number 4

This will be a lengthier post so get a beverage of choice and enjoy the ride.
All photos were taken at The English Gardens this past summer.
I should mention that these stories are told as they happened and in no way am I or other drivers making light of animal accidents when they happen,

The Rock Hound?
A chosen career as a school bus driver will yield a variety of experiences as the years roll on.Some of these will be humorous, some frustrating and maybe a few downright sad.. 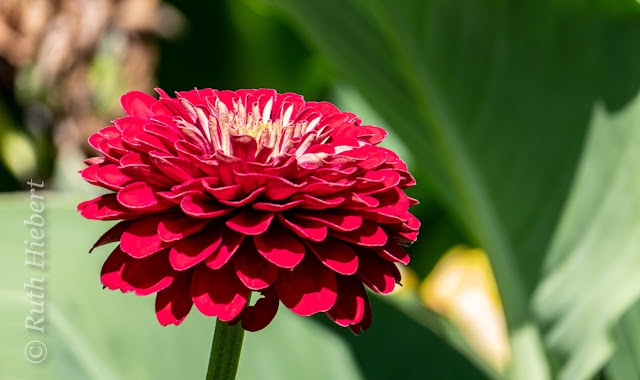 Students seem to be curious about the age of the driver. When one of the female drivers was asked about her age, she chose not to disclose this, but instead asked the students how old they thought she was. The guesses ranged anywhere from 17 -70 years of age. The driver was enjoying this time of playful interaction with the students when one little girl looked at her very seriously and made the following well thought out statement.. 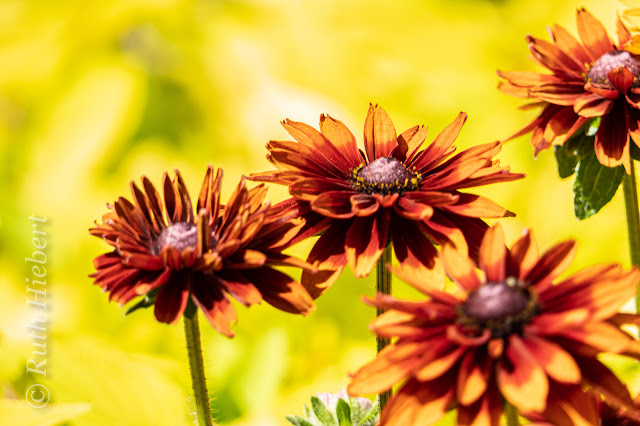 “You know Mrs B you have only  a  few grey hair but,” and at this she took on a very solemn tone of voice and a disturbed face and continued,.” Your face looks v-e-r-y old.”

The absolute honesty of a child speaking her mind, even though it may hurt.The statement was made from a young child’s point of view because everyone else would agree that the driver in question does not look very old, in fact the opposite would be more correct. 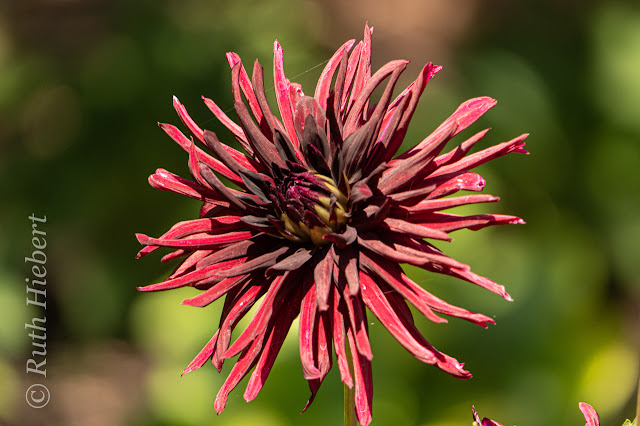 Constant challenges are the dogs and even the cats there at the road to see their owners off in the morning, or to greet them at 4 P.M. Many are the stories that could be told about these. There is the dog that wants to come on the bus to be with his owner, or does he want to attack the driver?  We may never know for sure. 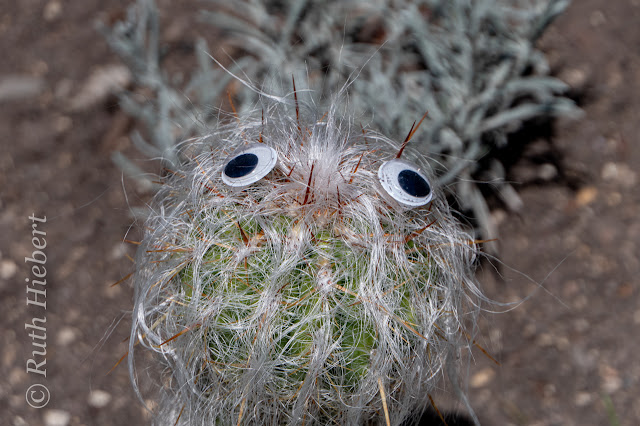 Then there is the little kitten that runs under the bus and jumps up onto one of the rear tires just as the bus begins to drive. The driver feels the thump, then sees the kitten rolling into the ditch. You can only hope that some child was not too attached to this pet or at least can find a quick replacement. 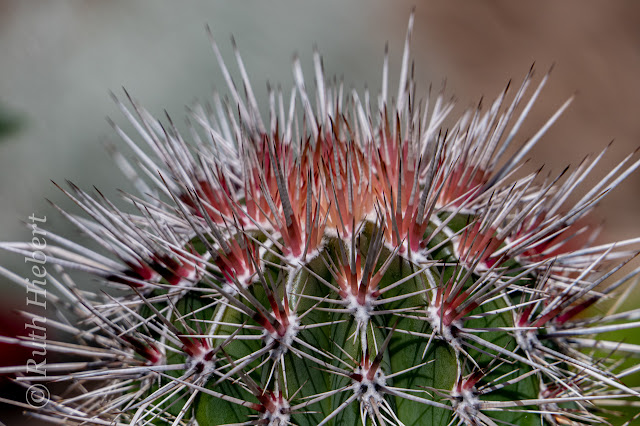 We also have the driver who claims to take nothing but the best. After a long struggle, trying to avoid running over these two dogs, one day the worst happens. With mixed emotions he tells us that he has run over and killed a registered purebred German Shepherd. 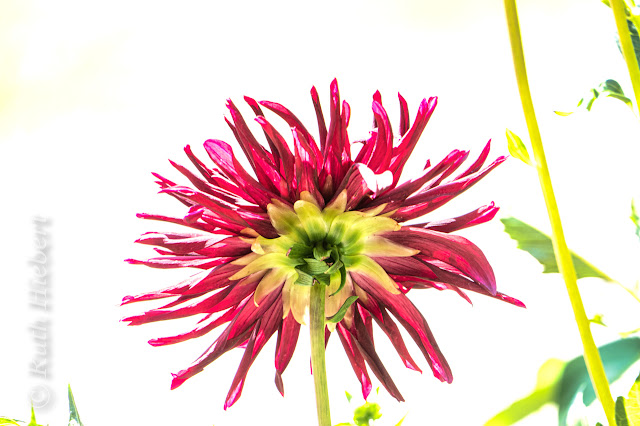 When the drivers get together they may joke about these happenings, but truthfully speaking , no one wants to run over an animal and each of us feels bad when it happens. 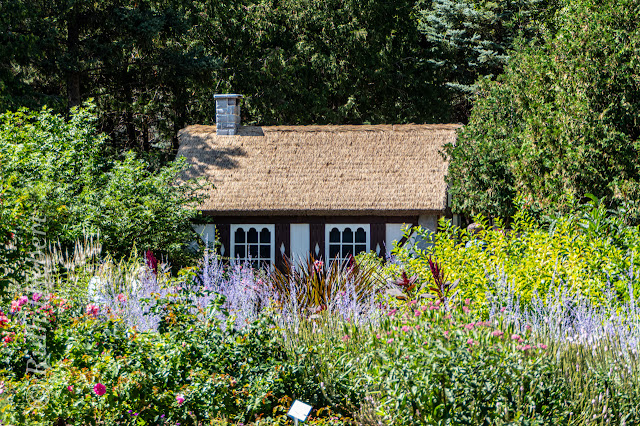 The following is a  “Believe It Or Not” story, but as drivers are a very truthful lot, I know that it is absolutely true. 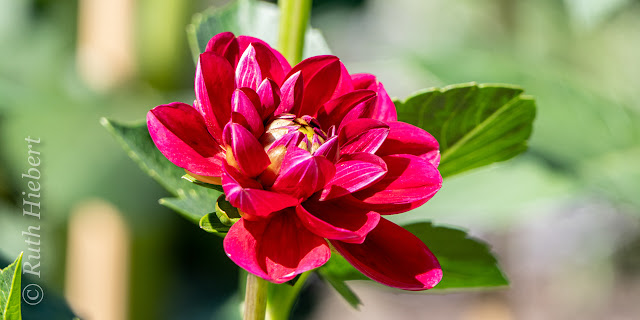 Early in the new school year one of our more seasoned drivers had mentioned that this certain dog was always at the road with the children. This caused him some concern, because not only did he have to watch for the safety of the children, now he had a dog to look out for as well. The dog was obviously enjoying this daily encounter with the school bus. As soon as the bus began to drive the dog would begin to run, staying just ahead of the bus for as long as possible. 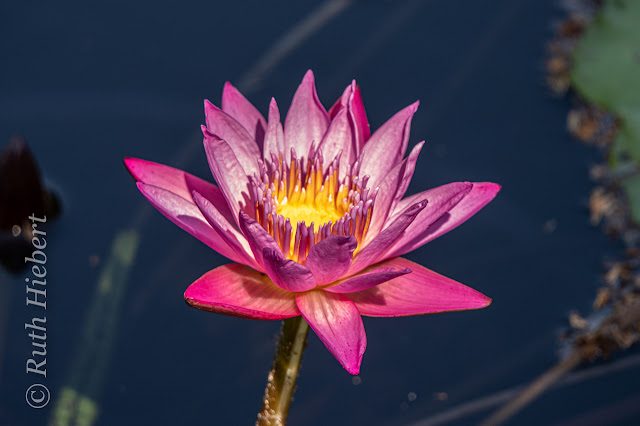 Bus driver and dog did not feel the same about this, as the driver mentioned this on the two-way radio several mornings and seemed somewhat irritated. Not only was the dog being a nuisance on the road, but as he was running he was kicking up stones which hit the bus. To everyone’s great surprise it was a day to two later that this same driver was on the radio, reporting a stone chip in his windshield. The by now famous dog had again taken up his position ahead of the bus and proceeded to run along. The dog, who had been given a few uncomplimentary names, kicked up a stone which hit the windshield, and in spite of the fact that the driver had already slowed down to avoid this, made a chip in the glass. 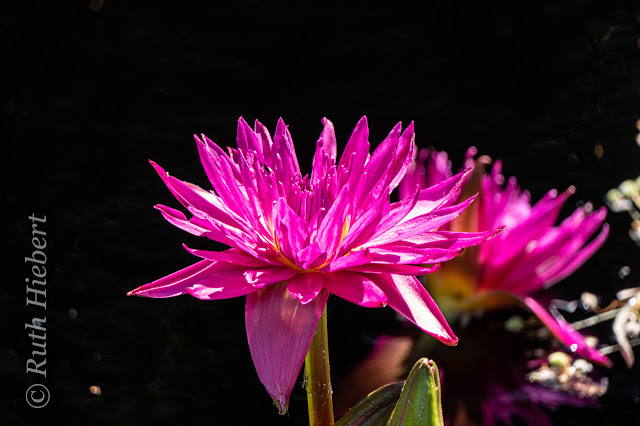 Now I wonder, would you call that a true Rock Hound? Being a school bus driver is never predictable or boring. Just another reason to choose such a career.
Designed for you by Ruth Hiebert at 4:11:00 PM

You brought a smile! Love the bus driver stories, Ruth. Such an important job!

A great dog and bus driver story. Also, the flowers are beautiful.

Bus driver's have wealth of experiences. Thank you for sharing some of them and the flowers, too.

And I am quite sure there are many more stories where those came from, correct? Yeah, dealing with the dogs and cats would be an issue for sure. I don't have many gray hairs either but I don't think I want a child to even try to guess my age by my wrinkles...LOL! Great post!

Quite a difference in those age guesses!! Gave me a chuckle.: )

One more reason for people to keep their animals on a lead or fenced in the yard and not let them around loose.

Beautiful pictures of the flowers spaced throughout your lovely post.

I know you could write a book, and it would be so good! These stories are informative, interesting, funny, and sad. All the makings of a good movie really! And your photos! I love the little cottage. The flowers are as tall as the roof! Also the second picture, it is so artistic! Each and every photo is beautiful.

Just be interesting, all the people you meet and sights you see.

I have find memories of Winnipeg from long ago.

I would believe the old gray haired lady before I would the rock hound.

the flowers are perfect and your header is gorgeous. I got a few chuckles out of the Very Old face... it is all the perspective from which we view faces. I look at a 50 year old and long to be that young. to a child 50 is very old.... I would think the owners of the dogs should take responbility to protect the dogs from harm and the buses from harm. we live in the city, off leash dogs are against the law. that keeps other safe plus the dogs.

Oh Ruth ~ sad, but true stories of the adventures of being a school bus driver. Enjoy the new year of students and may no dogs get in your way. ~ FlowerLady

These are funny...and don't you just love the honesty of a child? Remember the one at Walmart that looked at Roger and told him he needed to go home and shave?

I very muc enjoyed your stories -- and your pictures!

Beautiful flowers! I hit a dog once. I was horrified: I stopped my car and with driver door open I left my car in the middle of the street as I chased down the dog (who it turns out was known to sleep in the street). Geezzz. Keep that dog in the house! I never drove down that street again.

first...gorgeous flowers!!! second, i would have never thought about dogs, how could people let that be a problem and why aren't the dogs on a leash!!

i like the little girl guessing the age of the bus driver!!! i really smiled at that!!

Your kids up there must be better-behaved than many of our kids these days... I think most of the bus driver stories here would be about the lack of respect for the drivers and any adults around them. Behavior problems are a huge struggle for all teachers and other adults working with children. .... YES--there are always 'good' kids ---but I see my share of children totally out of control... Very sad since the discipline needs to come from HOME --and many times, it doesn't... I admire you and other bus drivers SO MUCH.... Thanks for sharing the stories...

Absolutely gorgeous flowers and your thoughts about your bus driving are wonderful to read.
True admiration for you and the other drivers of all the precious kiddos.

All beautiful flower photos, Ruth. I can imagine how worrisome it is as a bus driver to have to look out for dogs and cats while driving. So many hazards on thed road as it is!