A Bus Driver? Me? Chapter 5

Time for another chapter about bus driving.
The pictures have nothing to do with the story, but are ones I captured recently and enjoy.

A school division covers quite a large area and buses come from all directions as they head towards the schools in town.This type of job is much different from many others in that you don’t work side by side with your co-workers. Sometimes the distance in miles can also create a distance in friendships. In Western School Division that does not seem to be the case. The drivers in this division have developed a special bond between them. The two-way radios have also helped to bring the drivers closer to each other. 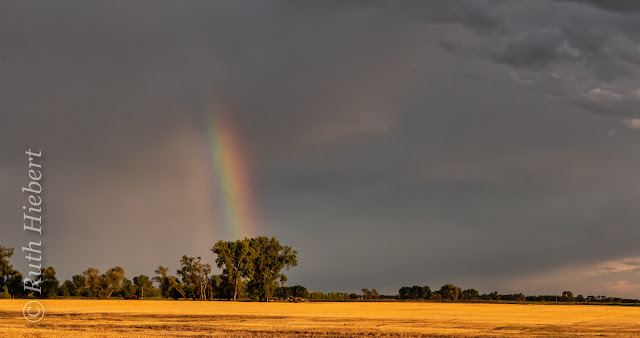 Over the years some of the drivers have taken on nick names, which either they gave themselves or were given by others. Some of these names a have a special meaning, others just happened, but whatever the case, this added some color to the driving staff. 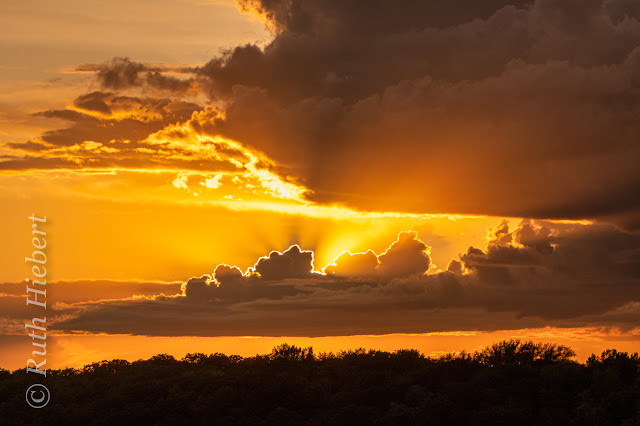 One such name is Fearless Freddie. Although Fred Allen has already passed away,he is still fondly remembered and most often referred to by his nick name. To my knowledge this name had no special meaning. Never the less, Fearless Freddie has had experiences which few, if any of us, can relate to. Freddie was a war veteran which in itself would be a story to be told, but prior to that he was already involved with school transportation. Fred used to take his route with a team of horses and a covered cutter/sleigh, where eight or nine children could sit. In winter the cutter/sleigh was kept warm by a small heater, possibly fuelled by wood or coal. After serving in the war he again took up the job of bus driving and continued until his retirement. 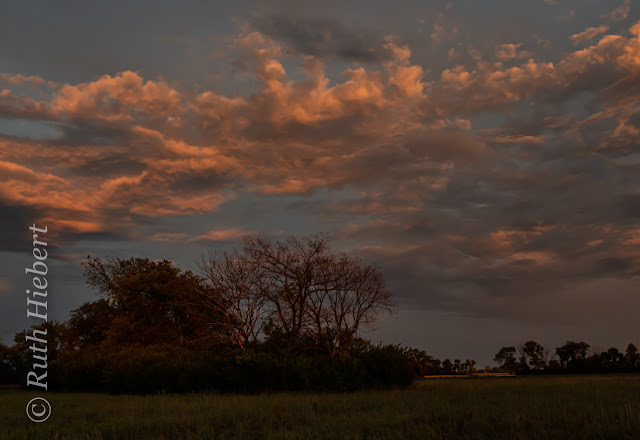 Another name, this one with great meaning is, Apple Jean.The name came about because Jean is known far and wide for the many bushels of tasty apples Jean and her husband Merv raise on Spencer’s Mountain. Spencer’s Mountain, right here in southern Manitoba, is a beautiful place, but it is not really a mountain, but more like  a big hill. This hill is home to Merv and Jean Spencer, both of whom were school bus drivers. A fall visit to Spencer’s Mountain is certainly a day to be remembered. The beauty of the colourful fall foliage along the many groomed trails is beyond words. 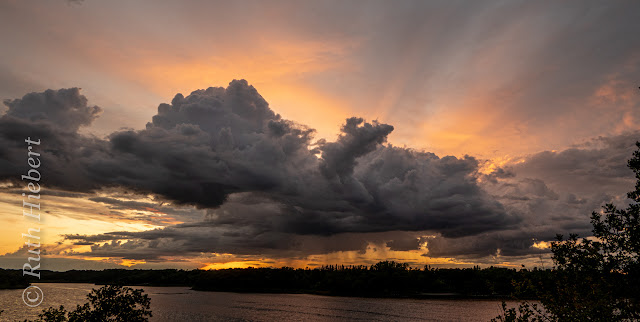 Each morning at 8 o’clock sharp, the good mornings begin with Peter Peters announcing the time and wishing everyone a “Good Morning from Peter’s Paradise.” This title was more than likely given to describe the picturesque setting of Peter and Edna’s farmyard.This yard overlooks the beautiful Pembina Valley. 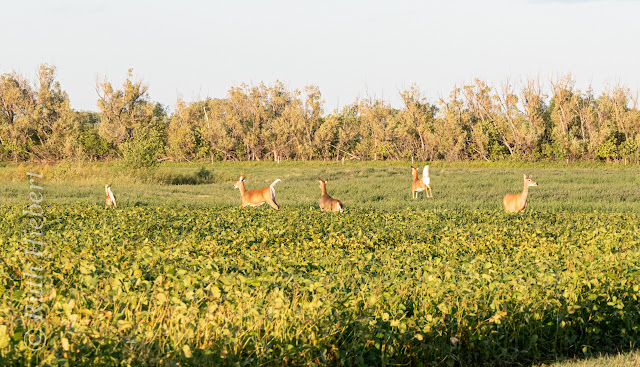 The closeness between the drivers is further strengthened by times out for coffee. On many special occasions such as birthdays, anniversaries or the arrival of someone’s new grandchild, all the drivers are invited to a given restaurant in town for coffee. Some of these meeting have added treats such as a carrot cake with a thick layer of cream cheese frosting, or freshly baked chocolate cupcakes. Besides these special times, many of the drivers meet for coffee almost daily. 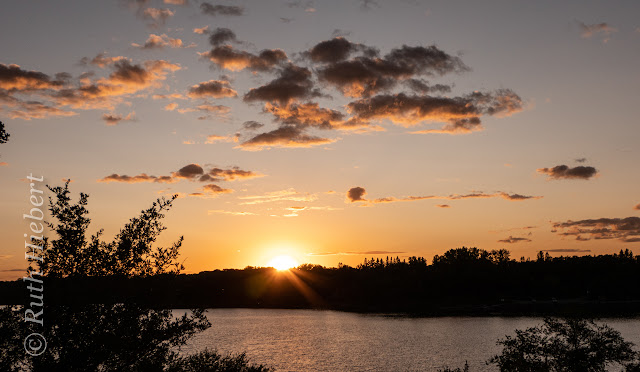 Whatever the reason, whenever the drivers get together there is always much conversation and laughter. This is a time to be encouraged and to discuss the joys and sometimes, problems of each bus. Mostly it is a time to relax and enjoy each others company.

And so we carry on one day at a time, getting those kiddos to and from school.
Designed for you by Ruth Hiebert at 7:19:00 PM

Love these stories, Ruth. It puts the personalities behind the faces of the drivers on the buses.

I love your stories, too. It is good to have good relations with your go workers. Good to be able to share the ups and downs of life.

And I love your photos...just absolutely wonderful.

What a lovely group of people these must be. And so wonderful that they are all keeping in touch with gatherings! Your photos are out of this world! Especially the rainbow over the golden field, and #4.

Funny, I always wanted to drive a school bus.
My daughter's gave me a toy school bus and it sits on a shelf in my bedroom. It's a hot wheels. :-)
My sister's and I would play "school bus" with our bikes as young children and we would ride along the irrigation ditch picking up our make believe children.
I guess that's as close as I will come to driving a bus. Ha! :-)

Your co worker's all sound like wonderful people to work with.
You are blessed.

As always,I enjoyed your photography.

I really enjoyed this! Beautiful images once again (the field of deer has to be favored!) And Spencer's Mountain...there was a movie, I believe, with that name. Wasn't there? Now I gotta do a Google.

How nice to be able to meet with and support one another as drivers. The nick names are cute as can be! My late dad was a city bus driver in Atlanta early in his career and had many fun stories thru the years. Your photos are breathtaking. God bless your day!

how wonderful ruth, that friendships can be cultivated over two way radios and coffee. in my knitting group we all have nick names, i am purpledebbie!!!!! we have one in the group that is apple pie mary, and then there is just joan!! it's kinda fun!!

your images are beautiful!!!

this is amazing to read that all of you bus drivers have your on 'community' and it is fun to hear the nicknames.. I bet when you meet for coffee there are many funny stories to be told about the buses and their daily trips. these sky shots are spectacular.

Stupendous sky photos! Your stories about the camaraderie between the bus drivers suggests it's not all work and no play. I used to be a bus driver for a rehabilitation hospital and had a good rapport with the nurses and patients.

Love the stories! For some reason it reminds me of my great uncle who was a retired fireman when he retired became a crossing guard for some local elementary schools. He knew each of the bus drivers by name. Different times... Enjoy your day!

So very nice to read about these bus drivers. It sounds as though some strong bonds have developed and sounds like a very happy work environment.

It would be nice to meet the bus drivers that I wave to on my morning walks. I have met one, Janet who drives bus number 3. : )

Delightful. Those warm friendships and get togethers will, I'm sure , spill over to the kiddos that are transported each day. Happiness is contagious.

Oops, I forgot to mention the gorgeous photos too. I think my favorite is the one with the heavy clouds...Spectacular.

I love your bus drive stories.... Thanks for sharing.. It's so great to have a fantastic relationship with the other bus drivers... Bet those goodies and the apples are WONDERFUL.... What is your nickname??? Relentless Ruth? OR Cutie Ruthie?????