The Beauty and Destruction of a Blizzard

Back on October 10-12 we had an early blizzard, that closed all schools and most roads and left power outages and tree limbs broken down.

At first it was absolutely beautiful.The fall leaves were still on the trees, creating wonderful mosaics. 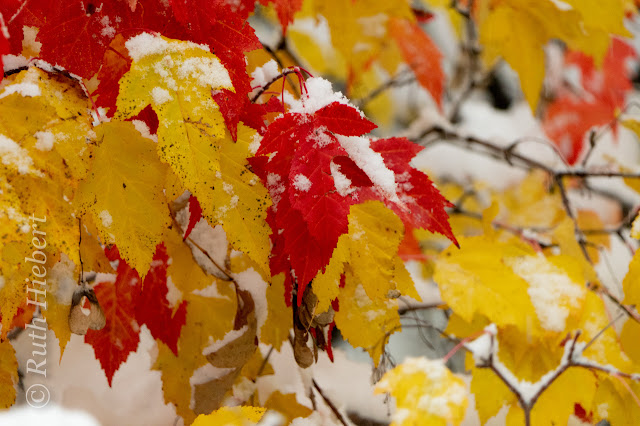 But that snow kept on coming and because it was so mild, it was very wet and heavy snow.
I don't think this Blue Jay was very impressed. 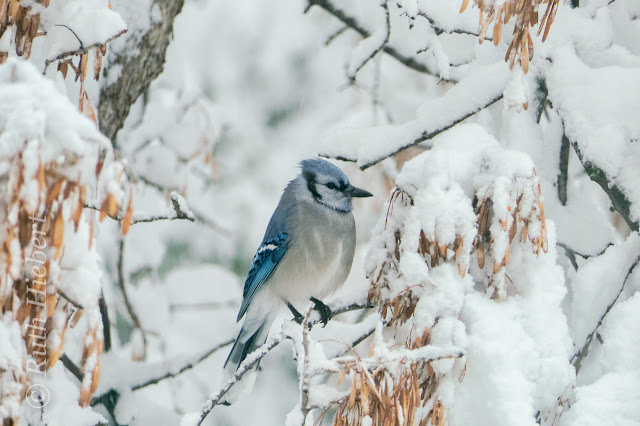 As the wet snow coated every branch, the branches started bending way down. If all they did was bend it was still sort of pretty, but all that weight was too much for many trees. 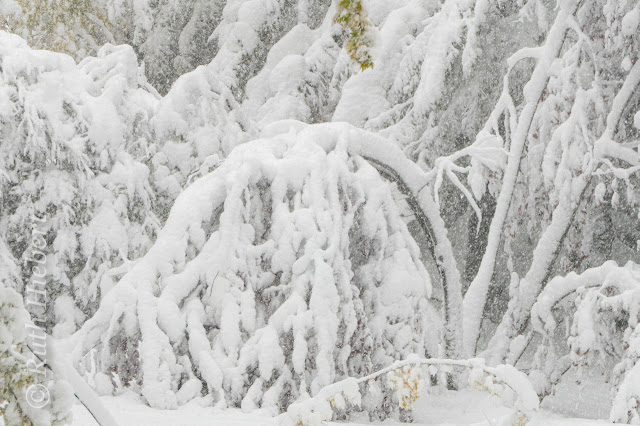 This shrub normally stands about six feet tall or more, but the snow has caused it to almost flatten out. Just a note, that this particular shrub suffered little or no damage. 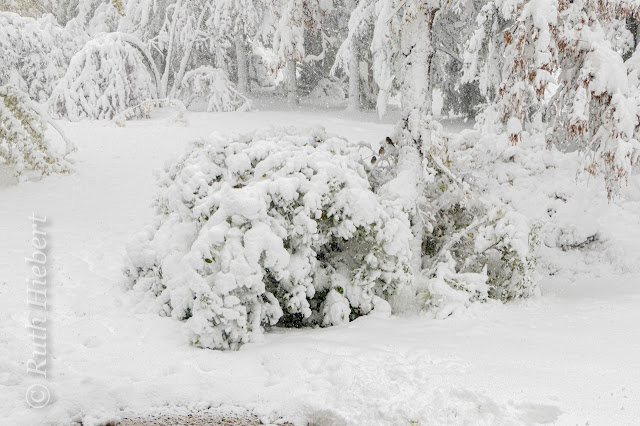 The snow started coming down hard on Thursday and by Friday around 3 PM our hydro went out. At first it was not too bad, but even with milder temperatures, it still got very cold in the house. I am so thankful for kind neighbours who opened up their home to me and allowed me to stay close to the fireplace. Power came back on around 7pm on Sunday, that was 52 hours with no hydro. 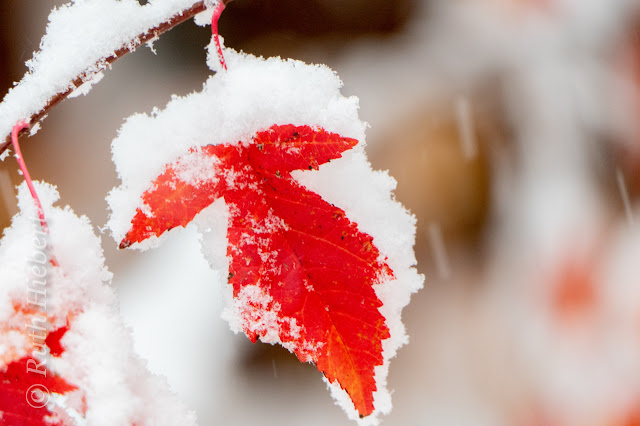 Something To Think About:
We were taken by surprise with this storm, but
God is not the least bit surprised or taken off guard by the storms you are facing.
Trust Him,He’s got this.