This post has some of those pictures that were taken 'just because'.
The snowy scenes are not recent, as we have had very little snow since the dump we got early in October.

I like the look of the small twigs loaded with snow. 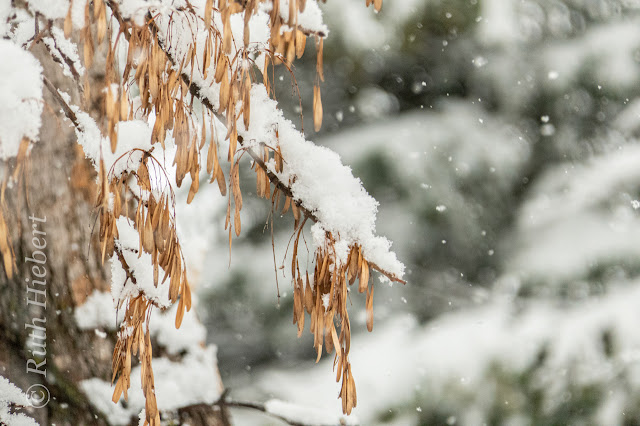 It's fun to experiment with the lens ball. Sometimes the results are different than expected. Because this was done in the evening, it has turned the scene into gold. 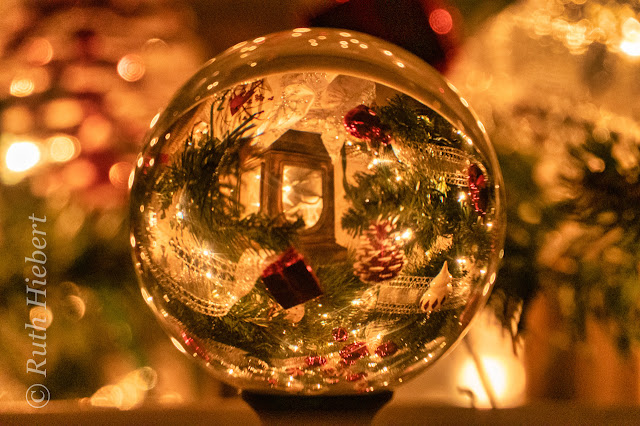 More snow laden branches, even as the snow keeps on falling. 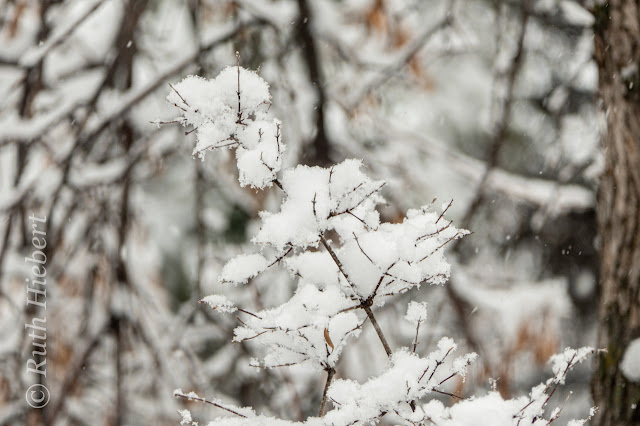 Sometimes Kai picks up the camera and plays around. This photo is one she took of her Daddy, my son Steve. He is most often the one taking the pictures, so once in a while he has to be featured as well. 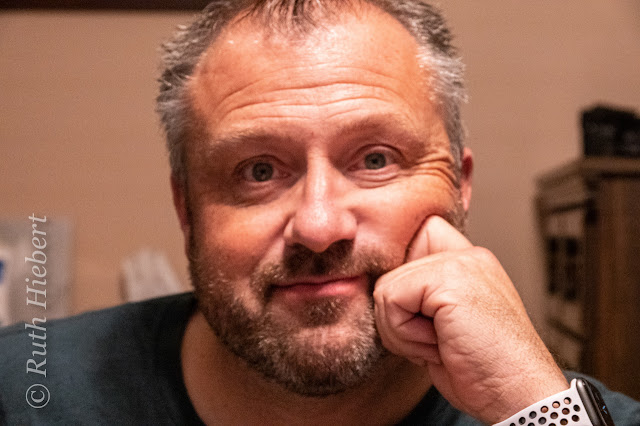 I love seeing the Blue Jay sitting among the snowy branches. I'm not sure he liked it so much, but I did have peanuts out for him, as a reward. 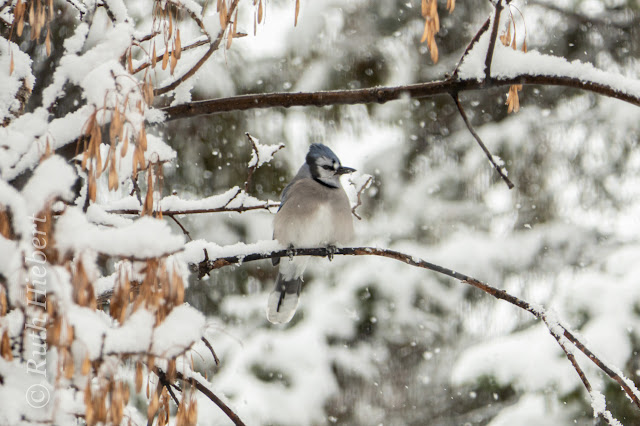 Something To Think About:
If you choose not to find joy in the snow,
You will have less joy in your life,
But still the same amount of snow.