Blue Jays! Some folks love them and some don't like them at all.
I am one who enjoys having them around. They are colourful, sometimes noisy and mostly dependable, especially when I put out peanuts.

These pictures are all taken through a less than clean window, therefore the light isn't perfect and there are some visible spots.

Like I said, put out the peanuts and they are sure to show up. 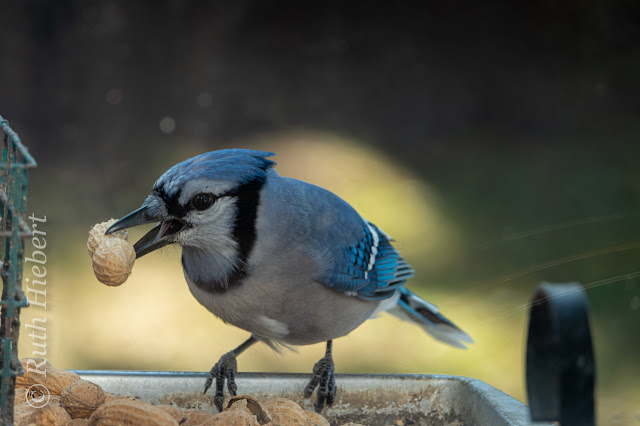 It seems that these guys have a hard time deciding which peanut is the best one. I don't mind as that gives me more chances for pictures. 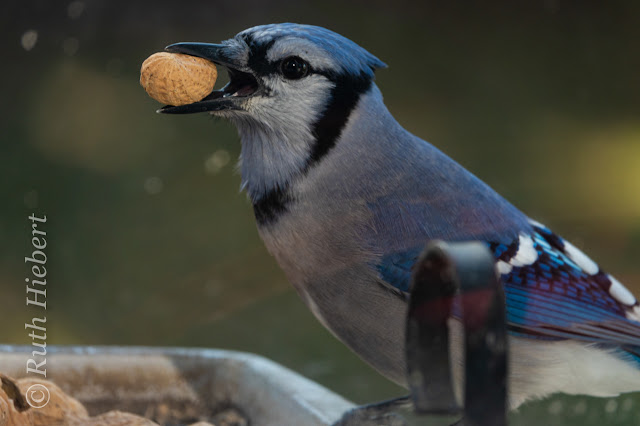 This one stopped for a moment and allowed me one picture without a peanut in it's mouth. 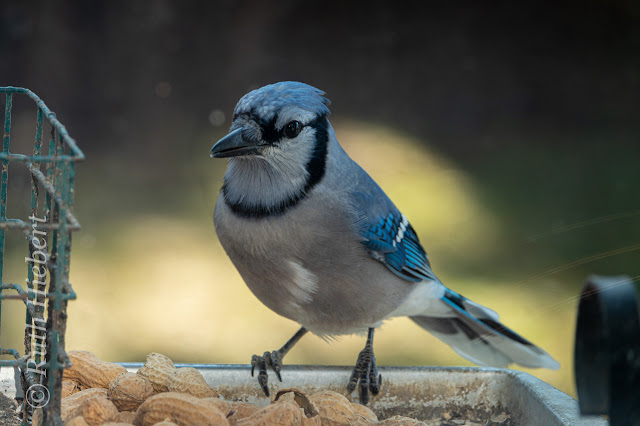 I think he has decided on this one and is about to take off. 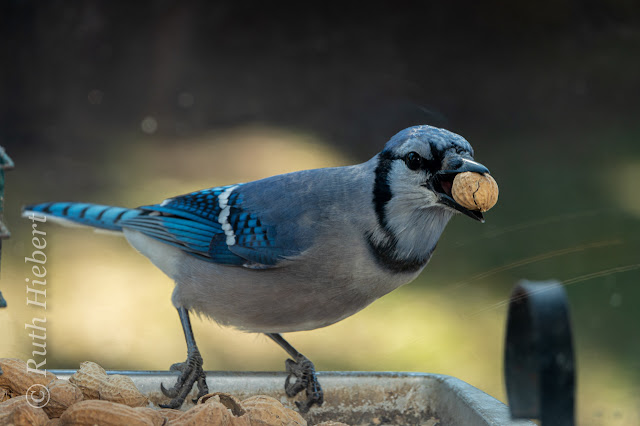 Sometimes in a picture, we get to notice things that often go unnoticed. I had no idea that the Blue Jay had such distinct eyebrows. I think they need a little attention. 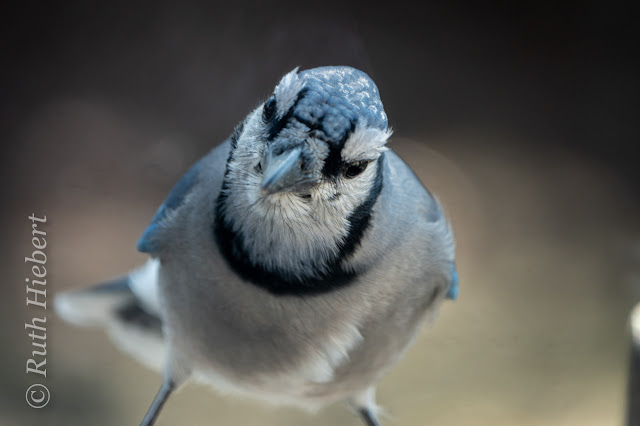 Something To Think About:

Look at the birds of the air: they neither sow nor reap nor gather into barns, and yet your heavenly Father feeds them. Are you not of more value than they?
Matthew 6:26
Designed for you by Ruth Hiebert at 3:07:00 PM