Hi everyone, this is Steve Hiebert writing this post, Ruth's son.

Around Christmas both Mom and myself bought new cameras.  For myself it was a huge change, having shot Nikon for over 30yrs, totally switching brands was big.  What did we both switch to you may ask... well we both moved over to Sony.  Mom as you may have seen bought a Sony RX 10 Mark IV, a fantastic all-in-one camera!  It's small, very portable and packs quite a punch for small package.  Being a professional photographer I opted for the Sony A7R IV which is a 61MP beast of a camera, with RAW files coming off the camera that are 128MB/image you need a lot of storage space to work with them.
Now I don't like talking about how much money was spent on this item or that, however in this modern age of photography it is often a gauge as to the level of equipment and what to expect from it, so I will be sharing some prices below, in Canadian dollars, as a reference only.

The night was clear so I decided to grab both cameras and a tripod and point these cameras at the moon and see what the results were... I'll tell you I was sure hoping that there was a difference between these two or I'd be feeling pretty stupid having spent all that money. 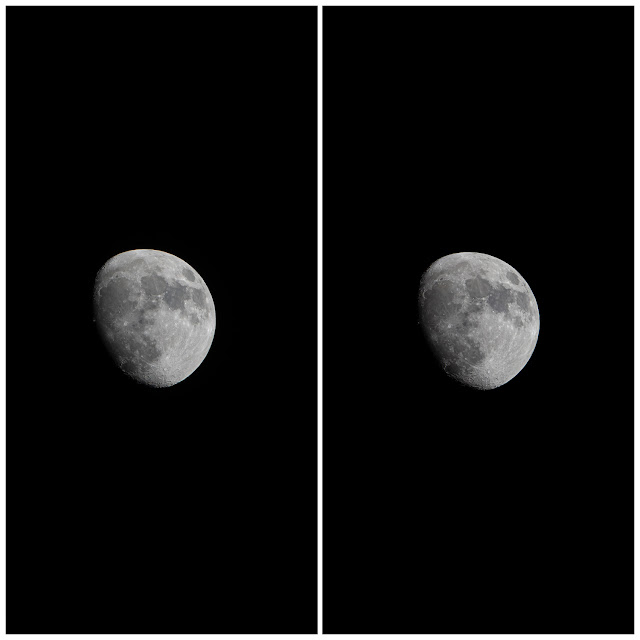 Here are the two shots, one was done with a heavy professional kit, the other was done with an "amateur" all-in-one camera... can you see the difference?  I won't tell you yet which is which.
Like I said this is a section of the full frame from the cameras, lets zoom in to 100% and I'll match the file size of the A7R IV to that of the RX10 IV... 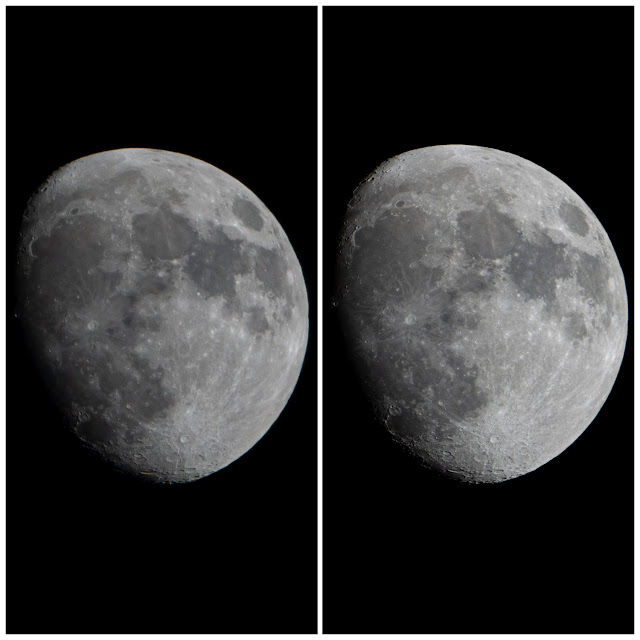 Ok well this had me feeling a little better as you can start to see the difference between the two images.  The Sony A7R IV is on the right side, you start seeing a little more definition and clarity... but for what the RX10 IV is, it really put up a great fight and gives some stunning images!
We can take this one step farther though... remember I scaled the A7R IV file down to match the file coming from the RX10 IV, well now lets look at a 100% view from the original files on both cameras, keep in mind that A7R IV is a 61MP camera which gives it a lot more power and resolving power than the 20.5MP files from the RX10 IV... 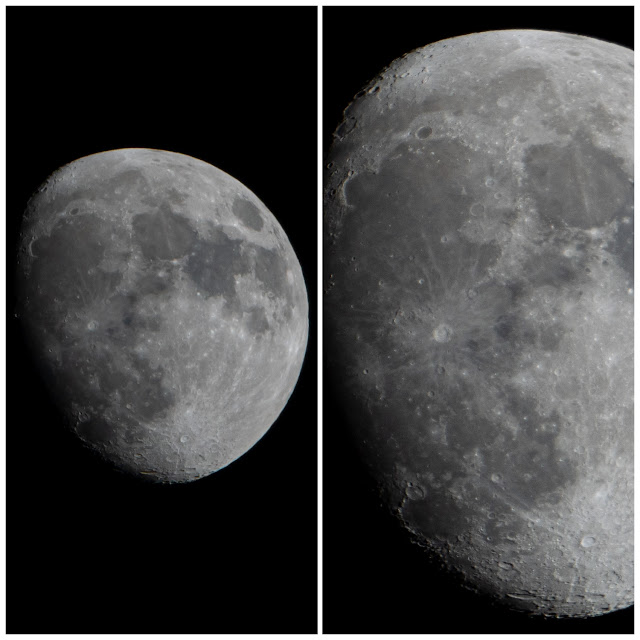 There it is... there definitely is a difference between these two cameras, but I can tell you that mom sure won't be tired walking around all day with her camera, where this is only 1 of 4 lenses that I carry with me, I'll definitely feel that.
So yes there definitely is a difference between these two cameras... if you're shooting professionally and deliver work to paying corporate clients and produce large prints or canvases frequently, yes the A7R IV is the camera of choice, but if you just love photography and want to get out and have fun shooting without being weighed down, you definitely won't regret investing in something like the RX10 IV.  Both cameras have their place, but for the average hobbyist you won't regret the full featured camera like the RX 10 IV.
I hope this has been of value for you and if you're interested in seeing more of my work check out my  Facebook or Instagram @stevehiebert
Designed for you by Ruth Hiebert at 10:04:00 PM