Last summer I had the privilege of touring our own Manitoba Legislative building.
I had been in here once as a school student, many years ago.
It is a beautiful building and I know that my words cannot adequately describe this, so I went to Wikipedia for help. in the first writing you will see mention of Leary Brickworks. I know that I have written about that area before.

The present-day Legislative Building was designed in 1912 by English architects Frank W. Simon and Henry Boddington III, who won a British Empire competition over 66 other entries, and built over the next seven years. The paramount example of Beaux-Arts Classical architecture in the province, the building was constructed of about ten million bricks made from Manitoba shale and clay between 1913 and 1916 at two local facilities. The majority are yellow-brown bricks made by the Stephens Brick Company at Portage la Prairie. Less common red bricks came from the Leary Brickworks west of Roseisle,Manitoba. The bricks are mostly hidden by several types of stone, including Manitoba limestone quarried at Garson, Manitoba. The exterior is adorned with many allegorical works of art celebrating wisdom, justice, and courage. The Golden Boy atop the dome is symbolic of Manitoba’s eternal youth and progress. The building was opened formally by Lieutenant Governor James Atkins at a ceremony held on 15 July 1920, the 50th anniversary of Manitoba’s entry into Confederation. 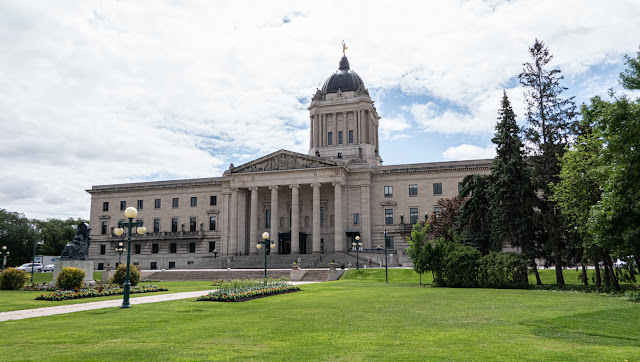 If you want to check out more details click on the link below.
More Info about this building. 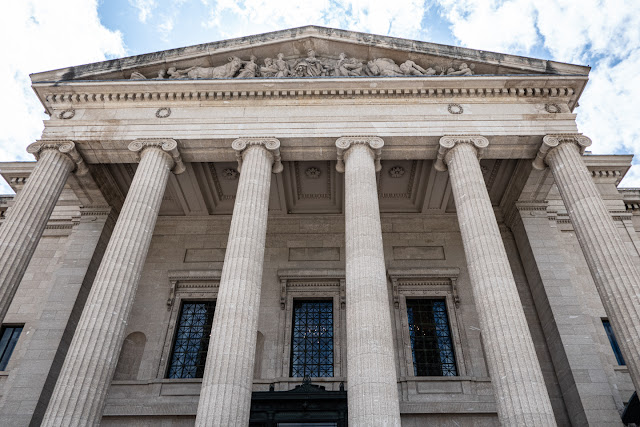 Within the main entrance is the Grand Staircase. This is a perfectly square room measuring 66.6 feet (20.3 m) on each side. The staircase is composed of three flights of steps each with 13 steps. The steps are brown-veined Carrara marble, the finest marble in the world. 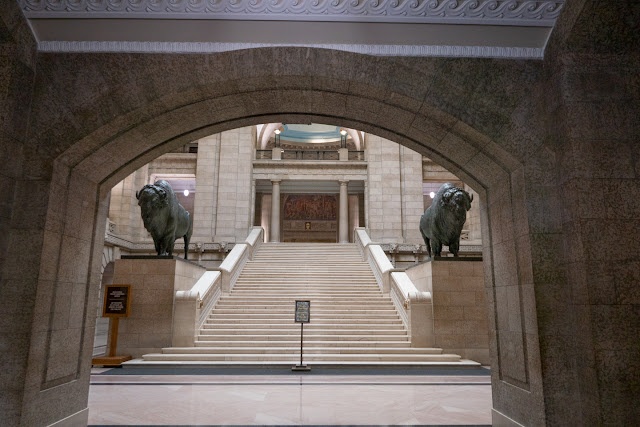 Flanking the steps are life size North American bison.Made of solid bronze, they were modelled by Georges Gardet, creator of the Golden Boy, and cast at the Roman Bronze Works in New York City.Each bison weighs 2,268 kilograms (2½ tons). Legend has it that to install the bison safely without damaging the marble floors, the main entrance was flooded and left to freeze. Both bison were then placed on enormous slabs of ice cut from the Assiniboine River, and safely slid into the building. The bison are one example of apotropaic icons in the Grand Staircase. 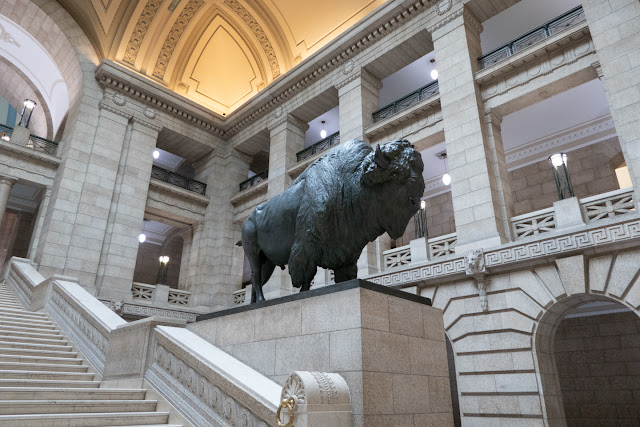 The building is famous for the Golden Boy, a gold covered bronze statue based on the style of the Roman god Mercury, or the Greek god Hermes, at the top of the cupola, or domed ceiling. 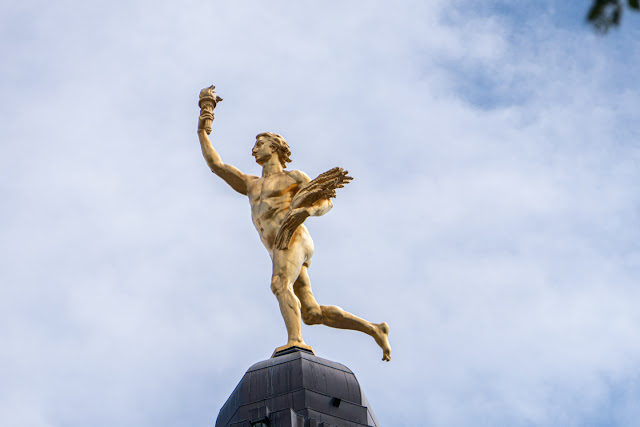 This building is quite impressive. Walking through it, down the long empty corridors, almost felt wrong at times. My sister and I were given a visitor card and then set free to roam through the building. I do have one more post about this building, focusing more on the outside. 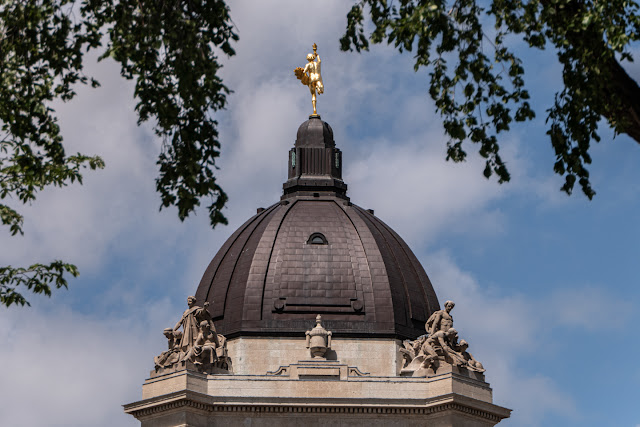 During this health crises we are in, please take care of yourself, stay home as much as possible and stay well.
Designed for you by Ruth Hiebert at 1:15:00 PM