Once again, I am sharing pictures taken by Jake so many years ago.These would all have been captured with slide film and later transferred to the computer.

I cannot say where most of these were taken, but that doesn’t change the beauty of them.

I love reflections, so this one caught my eye because of that. 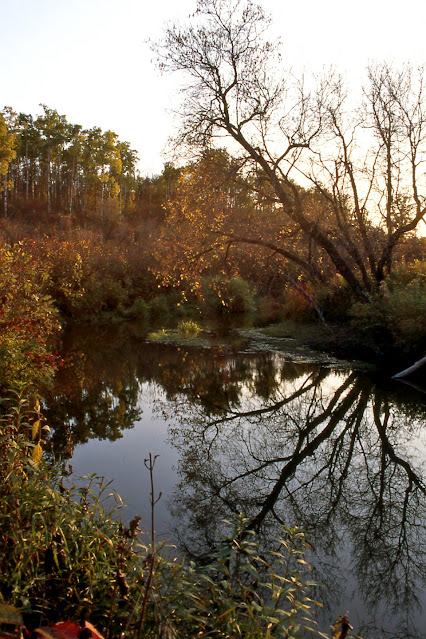 If I were to guess, I would say this is somewhere near Lake Minniwasta, but I can not be sure.

It was obviously a beautiful fall day. 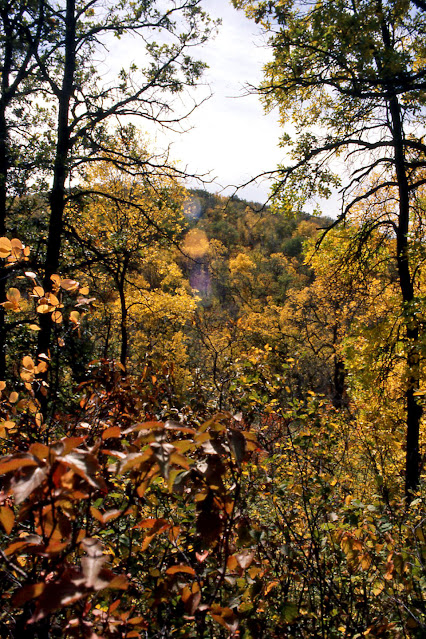 Just seeing the rocks in the foreground,I think this could be in Whiteshell Provincial Park, but that is mostly a guess. 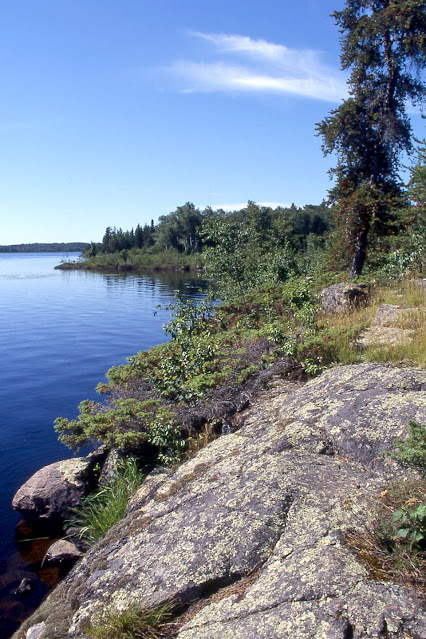 Those billowing clouds in the background make this a lovely image. 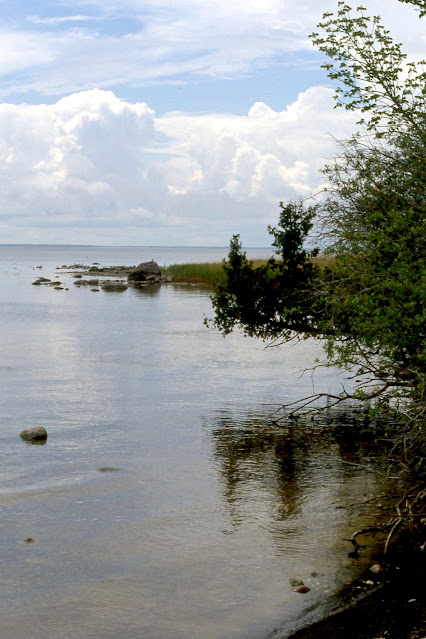 A stock of Delphinium buds covered in raindrops. We used to have many Delphiniums , so I am pretty sure this would have been in our garden. 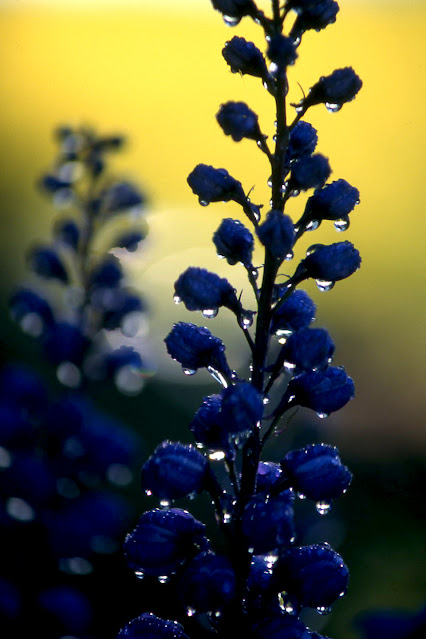