Yes, these pictures are taken this past summer.

I love going out a while before sunset and perhaps find some special treasures.

One of those treasures were the White-tailed deer that came out of the woods to feed on a field of bean plants.

Are those little guys not the cutest?

I have many more pictures of the deer and will most certainly be sharing more from time to time. 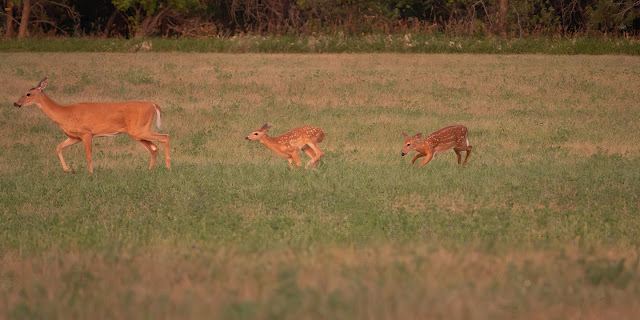 On another drive, on a very hot summer day, I was passing some old buildings when I noticed the birds.
A Western Meadowlark and a Mourning Dove were sharing the rooftop perch. 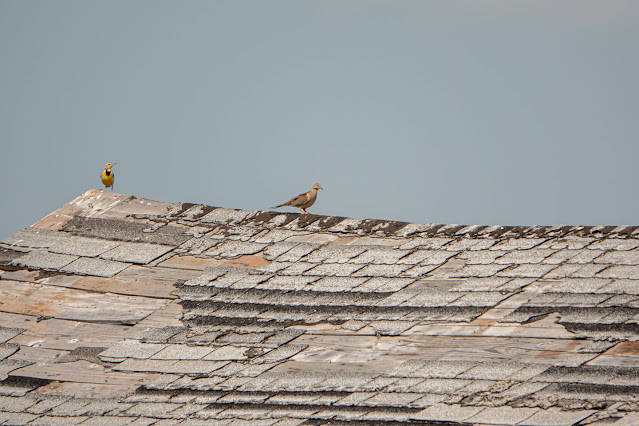 The area I was in is called Mowbray and at one time it had a school and hall, but now these old buildings, ready to fall down are all that is left. I thought the Meadowlark gave a fitting touch to this sign. 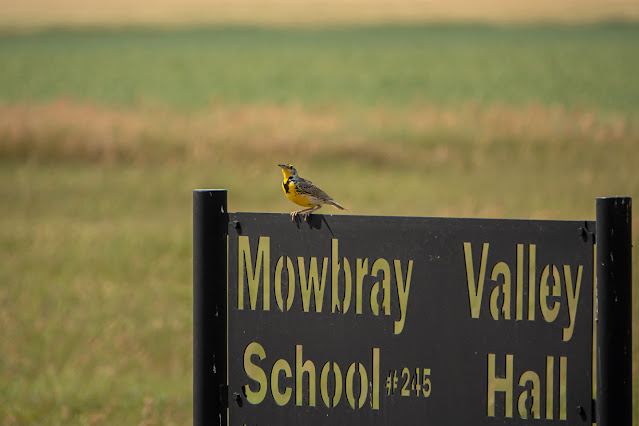 Another Meadowlark chose the top of an old chimney from which to sing. 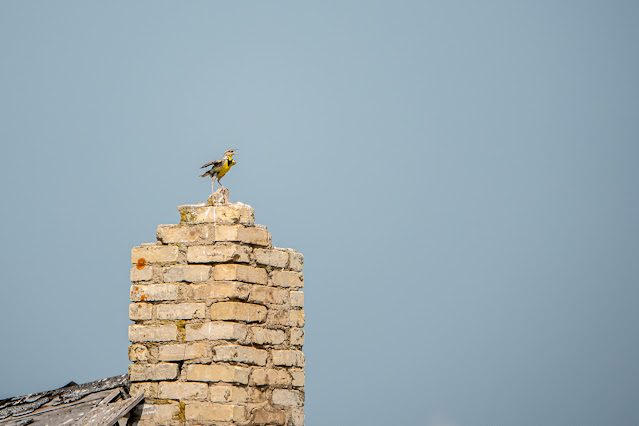 One last look at a handsome buck. This one was walking across the meadow in front of my car. At one point I called out to him and asked him to stop and pose for me. This is what I got. Not bad, I would say. 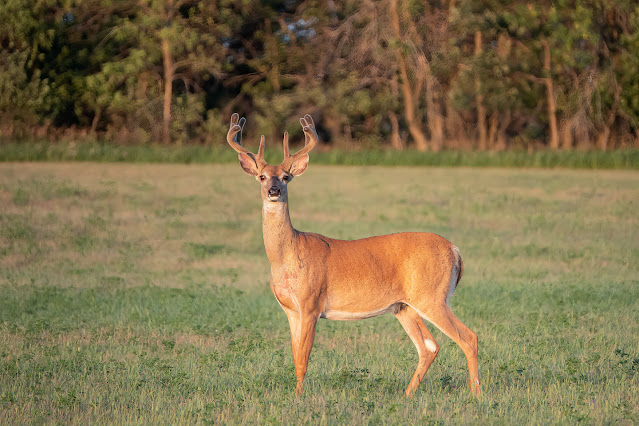 If you’re facing a tough day, know that you’re not alone.

God promises: “Never will I leave you or forsake you”

I have good memories of seeing white tailed deer.

Deer are so beautiful and stately! You were blessed with many meadowlarks (one of my favorite song birds).

A lovely selection of photographs.

Love the photo of the deer and her little ones.

Wonderful deer photos...and then those Meadowlarks! Oh how I miss them. We used to have them more here in Florida, but now there has been so much construction/houses/people...their natural habitat is just mostly gone. I miss hearing them sing. I love those photos you took. Just wonderful. Thank you.

I think i love your singing Meadowlark best of all. But also, the deer cavorting is so cute!!

The meadowlark singing is an amazing capture! And how wonderful that the buck posed just for you!

Hi Ruth,
The little White-tailed deer are absolutely cute! And, when you are driving, I like the way you keep an eye out for bird photo opportunities … neat photos of the Meadowlarks and Mourning Dove. Lastly, I smiled when you said you called out to the buck and asked him to stop and pose. Yes, I would have to say you got the perfect response! Great capture! Love the Closing Thought. Thank you, as always, for sharing and for your kind comments on my blog. Wishing you happy days ahead.
John

that buck is stunning. I can see the fuzz on his antlers and he looked straight into your camera lens. the slanting sun paints all it touches in beauty. the mama and her 2 babies is breathtaking and something I have never seen except photos.. I hope they are safe and happy.

I'm glad that buck stopped for you and posed -- you got a great picture. But then all of your summer treasures are beautiful.

We have white tailed deer, too. So cool to see them. Good shots. Mourning doves eat below one of our feeders every day. Keep sharing!

I love the little ones and the bird. So nice Ruth

Very enjoyable group of photos! I used to ese meadowlarks ever year, but haven't seen any for the last couple of years. They are such pretty birds and I love hearing them sing.

Meadowlarks have such a beautiful song! I always enjoy hearing them

thinking it will be time for hunting around here, since it is so chilly out i mean. perfect temps in my humble fall opinion. great weekend. ( ;

Oh Ruth! What lovely photos! Sometime could you email me with the name of your camera?💖

That is one handsome buck! And fawns are just the most darling. I had to go look at the meadowlarks and hear the song of the Western...I am very familiar with the Eastern.

such a great selection of photos to show us all of the beautiful animal and bird life around you. so neat. I love your closing thought....

As most of you are already aware, I tend to post pictures that have been captured some time ago. Oh well, The content is still something tha... 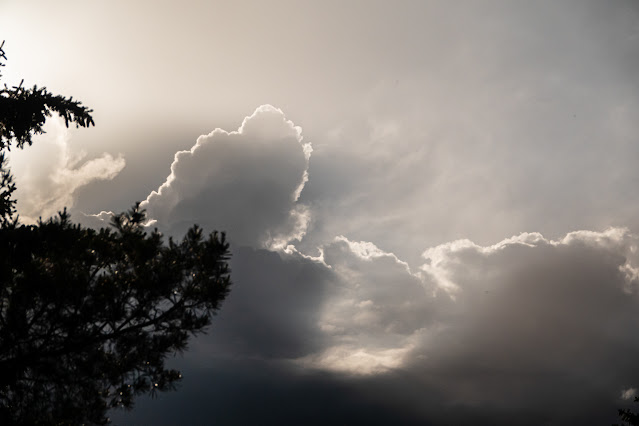